We witnessed a circus of extremism with the true sentiments of lawmakers on display in parliament. A debate was held on an amendment to Article 84 of the Jordanian constitution, (ed note: which concerns the number of Parliament members and majorities needed to pass

resolutions). This proposed amendment would grant procedural approval to laws organizing political life and regulating judicial power. However, a provision was added requiring the agreement of two-thirds of the attending members of both houses of parliament for these laws, instead of the simple majority of present members. Among supporters of this amendment were skeptics of women’s rights, who found an opportunity to announce their repentance for passing textual changes related to “giving women their due.” Some of these members had vigorously opposed the inclusion of “al-Urdoniyyat”, the feminine plural, alongside the masculine plural in the title of Chapter Two of the constitution. While Arabic conventionally defaults to the masculine plural, the use of “al-Urdoniyyat” aims to empower women and protect them from discrimination, as stated in Article 6. (Editor’s Note: Official inclusion of ”al-Urdoniyyat” may have ramifications in the fraught debate surrounding inheritance and passing citizenship to offspring). Thus, for the first time, these members met without objection or abstention and agreed unanimously to add the Personal Status and Nationality laws to the group of laws requiring a two-thirds majority under the proposed amendment.

The disgusting aspect of this amendment is neither its procedural effects nor its deviation from what befits a constitutional system compatible with human rights and democratic principles, but rather the justifications that were used to adopt it. It is clear to us that these individuals swapped words and phrases related to women’s rights in Article Six in exchange for cover in Article 84 that absolves them of their “sin”. In fact, a number of speakers stated directly that “the addition of the Personal Status and Nationality laws is given in exchange for the language adopted in Article Six, and this sends a reassuring message to those skeptical of the increasing rights of women and her empowerment.” This proposition was found acceptable by all in attendance, men and women, extremists and moderates, Muslims and Christians. One cannot help but feel we are in an absurd, circular race, where one pushes and shoves past another to get to the finish line, only to find themselves right back where they started.

Socio-legal studies find a wide variety of opinions and theories around the conflict between social phenomena and the law. Some believe that the law may be a tool for bringing about ethical and conceptual changes; whereas others see the law as merely a mirror reflecting the practices, beliefs, and behaviors of society that have taken root and been codified.

The parliamentary debate demonstrates the essence of this issue is the extent to which the principle of rule of law and its respect for individuals and culture has taken root. Societies that believe in the rule of law will consequently consider the law an important tool for change. The law, in this consideration, is a means to consolidate all that benefits society and its members, as well as protect them from discrimination and exclusion. When a society embraces diversity and difference, it will necessarily uproot outmoded ideas and practices. As for societies that hoist a culture dragged down by distortions, rule of law and legislation is a charade, a fig leaf for the reality that preserves the status quo.

Reform without consensus on the principles of reform is fraught with peril. There must be common ground on the framework, the meaning, and the procedure of reform in order to transition from one value system, mired in deadlock and decline, to another. Otherwise, any attempt to create a more open-minded value system built upon justice and fairness for all will be tantamount to reproducing the old system with a different coat of paint. Before long, these changes will either perish by the fire of extremism or be ground down under the weight of gridlock. Then, after the dust has settled, the old system will return unchanged.

What occurred in parliament confirms what we published days ago about the underlying similarities between the supporters and opponents of these constitutional amendments to Chapter Two. Both sides played the same tune, even if the instruments and tunes are different. Together, they rolled up their sleeves, praised God, and prayed, mourning the passing of women’s rights. They embodied the immortal words of Ibn Khaldoun, that “the adherence to tradition shows not that the dead are alive, but that the living are dead.” In a surreal scene in that parliamentary session, the dead claimed their victims.

Read the original in Arabic here. 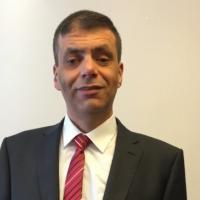