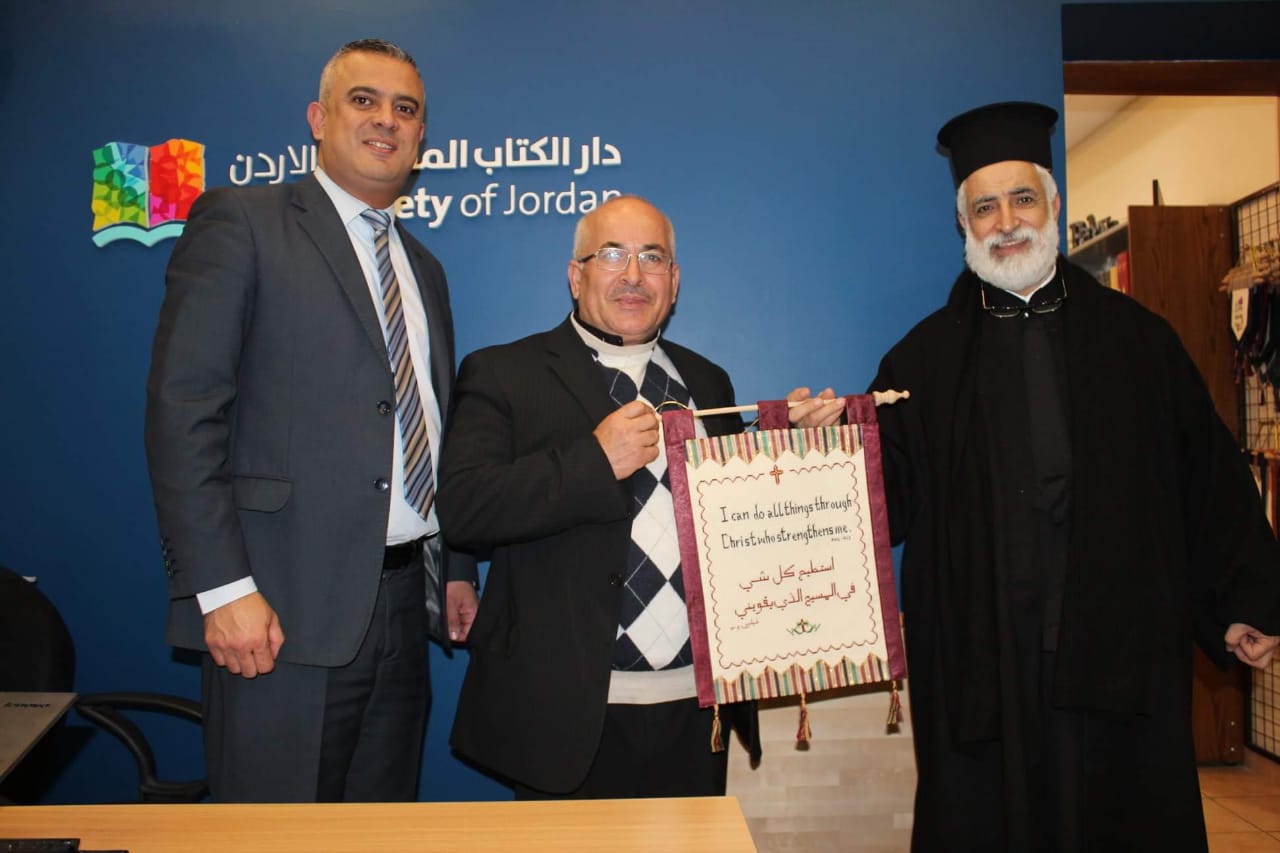 The Jordanian Bible Society hosted the leaders of the Jordan Evangelical Council Wednesday in a meeting that included the exchange of ideas and an introduction to the efforts of the Amman-based society.

Munther Nemat the secretary-general said that the Bible Society was established in Jordan in the early 1970s and works on different levels with the goal of serving the Jordanian society through the distribution of books, and other services. He outlined the various activities of the society and its long-term plans.

Rev. Habes Nemat the head of the Jordan Evangelical Council expressed the importance of the meeting. “We seek to work together for Christian unity and we consider the Bible Society one of the most important vehicles for this unity.” Reverend Nemat thanked the society for its services in general and the role it plays in serving the local church and its role in encouraging the spirit of love and unity between all.

Father Ibrahim Dabour the chairman of the board of the Bible Society welcomed the guests and presented a symbolic gift to the head of the evangelical council reflecting the importance of cooperation and solidarity.

Directors of the Bible Society gave a detailed explanation of the history and activities of the society and its future plans.

The visitors continued their discussion about the importance of the relations with all the church families and the Jordanian society over lunch. 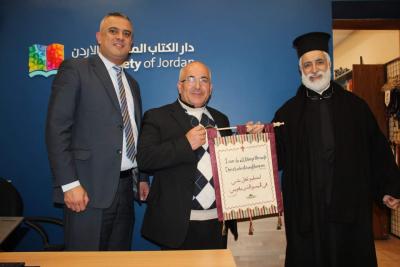 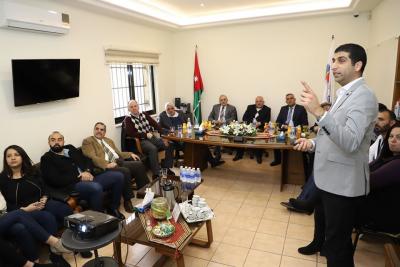 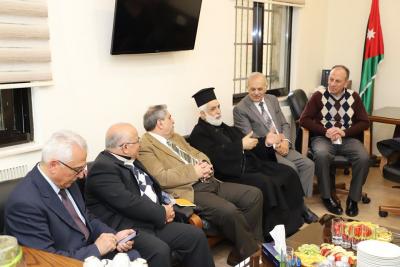 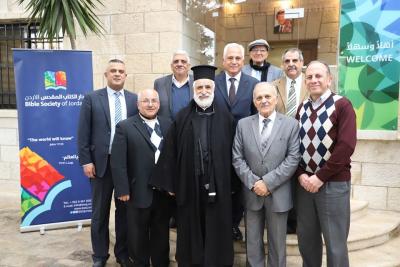