An example of religious fraternity happening in Jordan - The Sanadak Organisation hosted an activity for orphans in the Arjan neighbourhood on Saturday evening to buy clothing for Eid Al-Fitr and accompany the children to the stores to pick out “Eid Al-Fitr clothing” in hopes of helping them and sharing the joy of buying Eid clothing with them.

Nasreen Hawatmeh, one of the founders of Sanadak, told Salt of the Earth that their members took the children to the clothing stores for them to feel the joy of Eid as they believe in the importance of the children’s sense of dignity.

Speaking to “milhilard” Hawatmehadded that this was not the first time Sanadak provided support for children regardless of their religion; they provided a similar service on Christmas Day by giving children presents to cultivate their sense of love and community.

Hawatmeh pointed out that the goal of buying Eid Al-Fitr clothes for orphan children is to spread joy to all children as Jordan is a constant example of fellowship occurring between Islam and Christianity.

Sanadak – whose goal is to spread awareness among churches and the local Christian community around the Church’s role and the importance of supporting children and caring for orphans to help them to regain their true identities – provided Eid clothing to 27 children, in addition to distributing care packages during Ramadan to 22 modest families.

In another example of the solidarity taking place in Jordan, A Christian citizen from the Al-Balqa Governate anonymously donated a total of 200 dinars to purchase furniture for the Great Mosque of Al-Salt as part of a donation campaign launched by citizens of Al-Salt during the month of Ramadan.

“Milhilard” reached out to the donor, who refused to speak about the initiative in the media, as he considered it a purely humanitarian act, regardless of religion, as every place of worship is a house of God.

This citizen’s actions were applauded, and he received lots of positive reactions on social media as citizens viewed this as a model of the religious fraternity in Jordan that is represented by Jordanians in many different ways at all times. 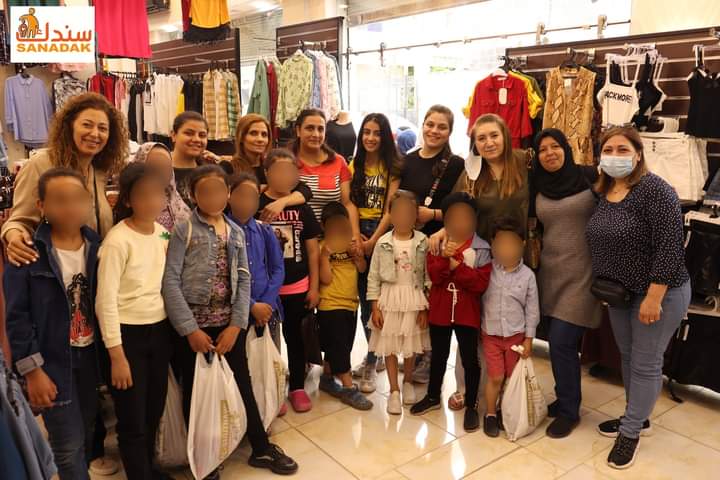 Sanadak’s team accompanies the children in one of the stores to buy Eid clothes. 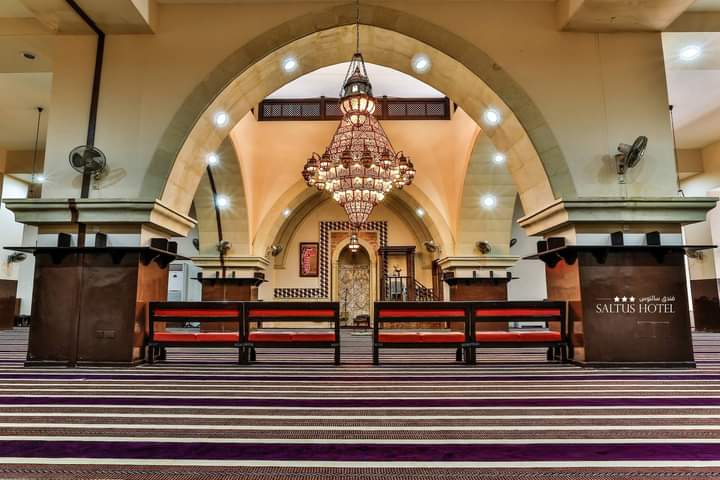 The Great Mosque in Al-Salt after being furnished with the new furniture from the donors. 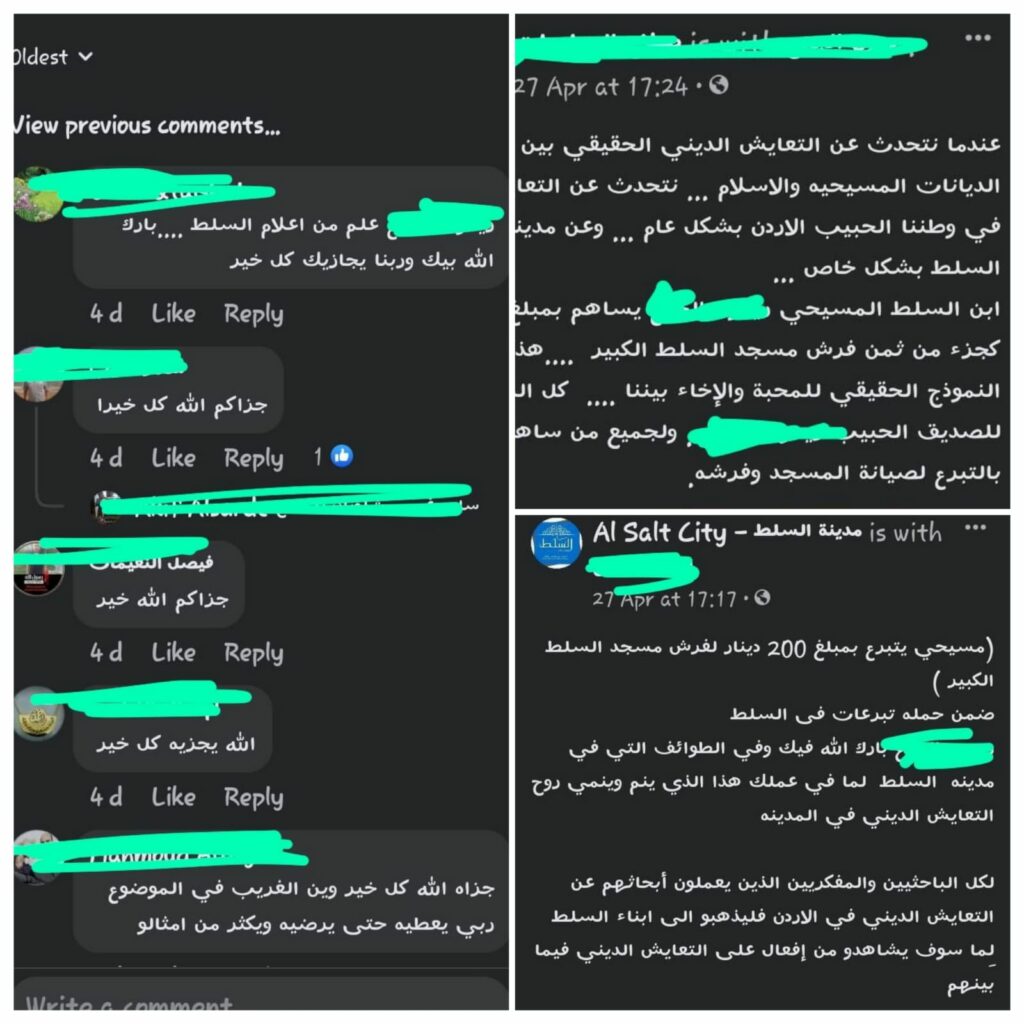 Citizens’ reactions on social media after the citizen donated to furnish the mosque.