Young Jordanian Anas Al-Hindi combines his artistic talent with his work as a juice seller in downtown Amman, the capital of Jordan.

Attention turned toward Anas after he carved a picture of Palestinian journalist Shareen Abu Aqleh who was assassinated by occupying forces during the recent invasion of Jenin Refugee Camp.

Anas’ passion for painting began when he was young and worked with his father selling juices. There he found boards on which to paint artists as well as Arab and international figures like Lebanese singer Fairouz, the former President of Iraq, Saddam Hussein, and Um Kalthoum, among others. Anas’ skill has evolved from painting on paper to painting on fruits to turn his shop in downtown Amman into an art gallery visited by art enthusiasts as well as foreigners wanting to quench their thirst during the extreme heat.

Al-Hindi said: “I started by painting artists, and when I saw the murder of journalist Shareen Abu Aqleh, I, along with the family whose shop I work in, wanted to stand in solidarity with her by doing something simple in return for the coverage and voice she provided for the Palestinian people.” The image of Shareen Abu Aqleh attracted hundreds of visitors and solidarity with the journalist and the Palestinian cause. Anas hopes to visit Palestine, which he embodies in his paintings, to see his ancestral land in Ramallah which his family was forced to abandon. Al-Hindi uses a knife in his paintings instead of colors, and journalist Shareen Abu Aqleh’s painting took him two hours of work and attracted hundreds of visitors to the store to take pictures.

He said: “The people loved the idea, especially the communication of the idea through art. One of the figures whose story I was affected by and wanted to honor in a painting was former Iraqi President Saddam Hussein.” Anas carves special requests into the melons, such as birthday greetings or selfies, and even congratulatory messages for various occasions. It takes between one and two hours to work on one painting and to refresh his fruit paintings each week, as they are perishable.

Anas hopes to launch a special exhibit, the first ever, combining fruit and art, but for now, he says, “my art exhibit is in the juice shop, and I do three new pieces each week.” 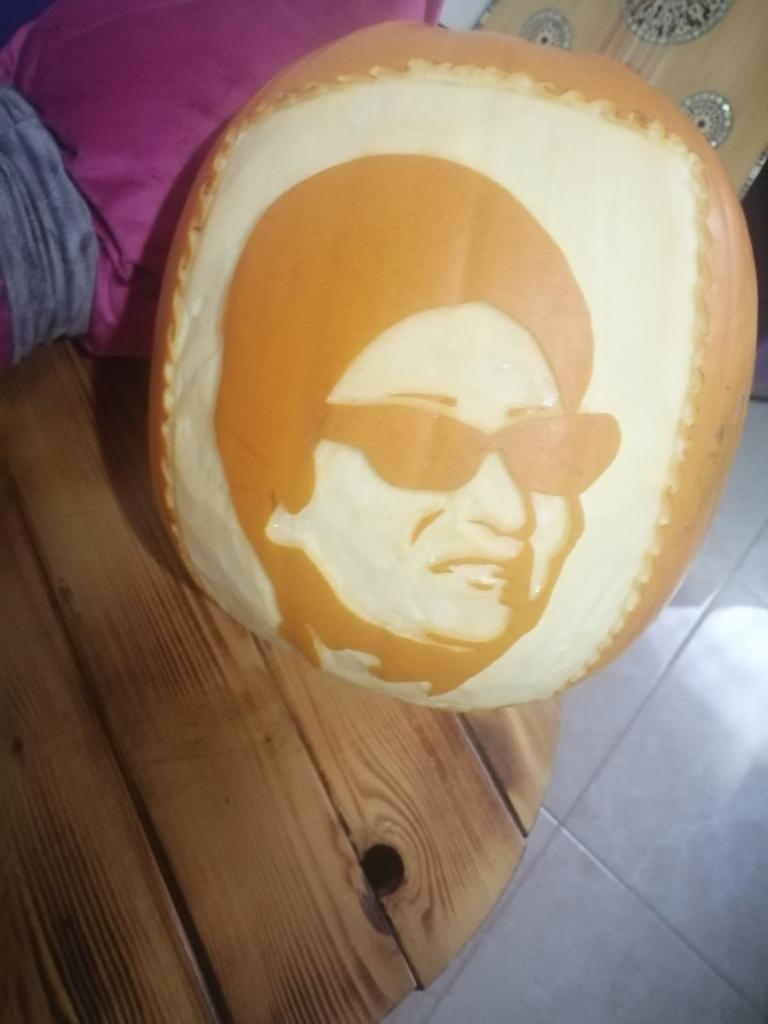 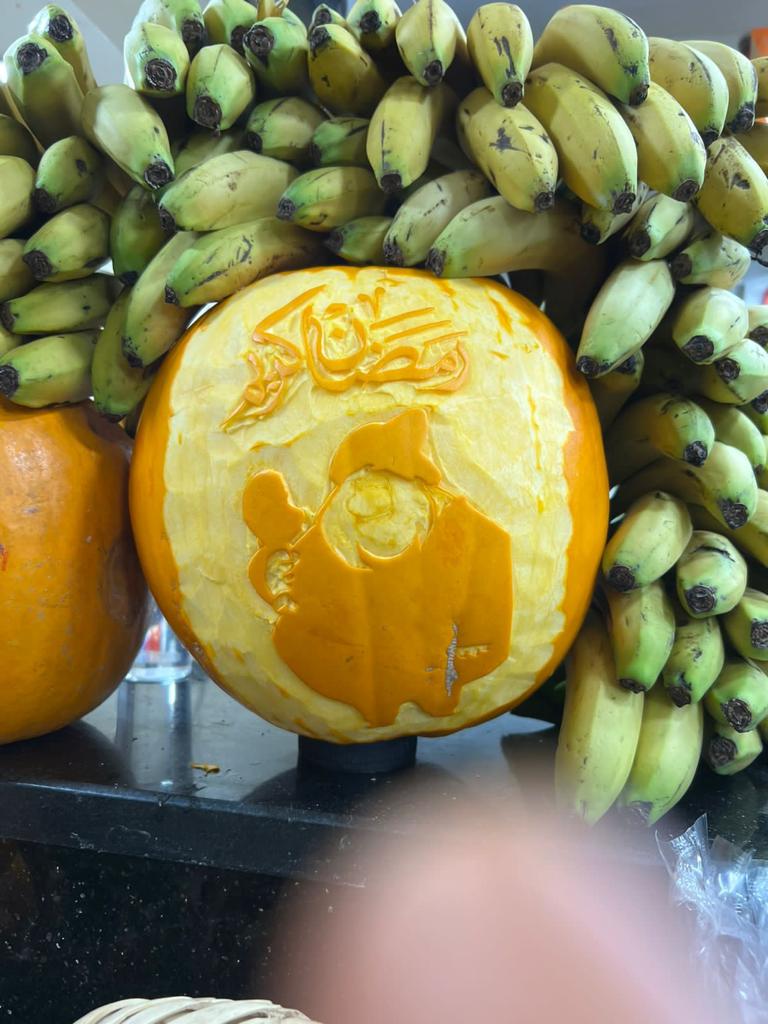 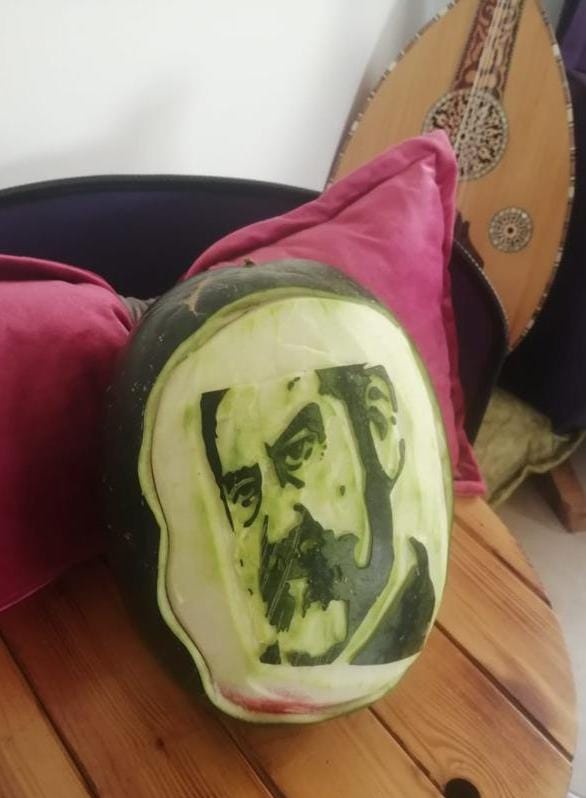