Diab has driven a taxi for 58 years in the capital of Amman, where he spends more than 15 hours per day behind the wheel trying to make ends meet. His finances have taken dwindled due to the effects of the COVID-19 pandemic.

He finds Sayara FM, which is run by Radio al-Balad to cover transportation issues, a free space to talk about his economic issues and the problems facing those that work behind the wheel. 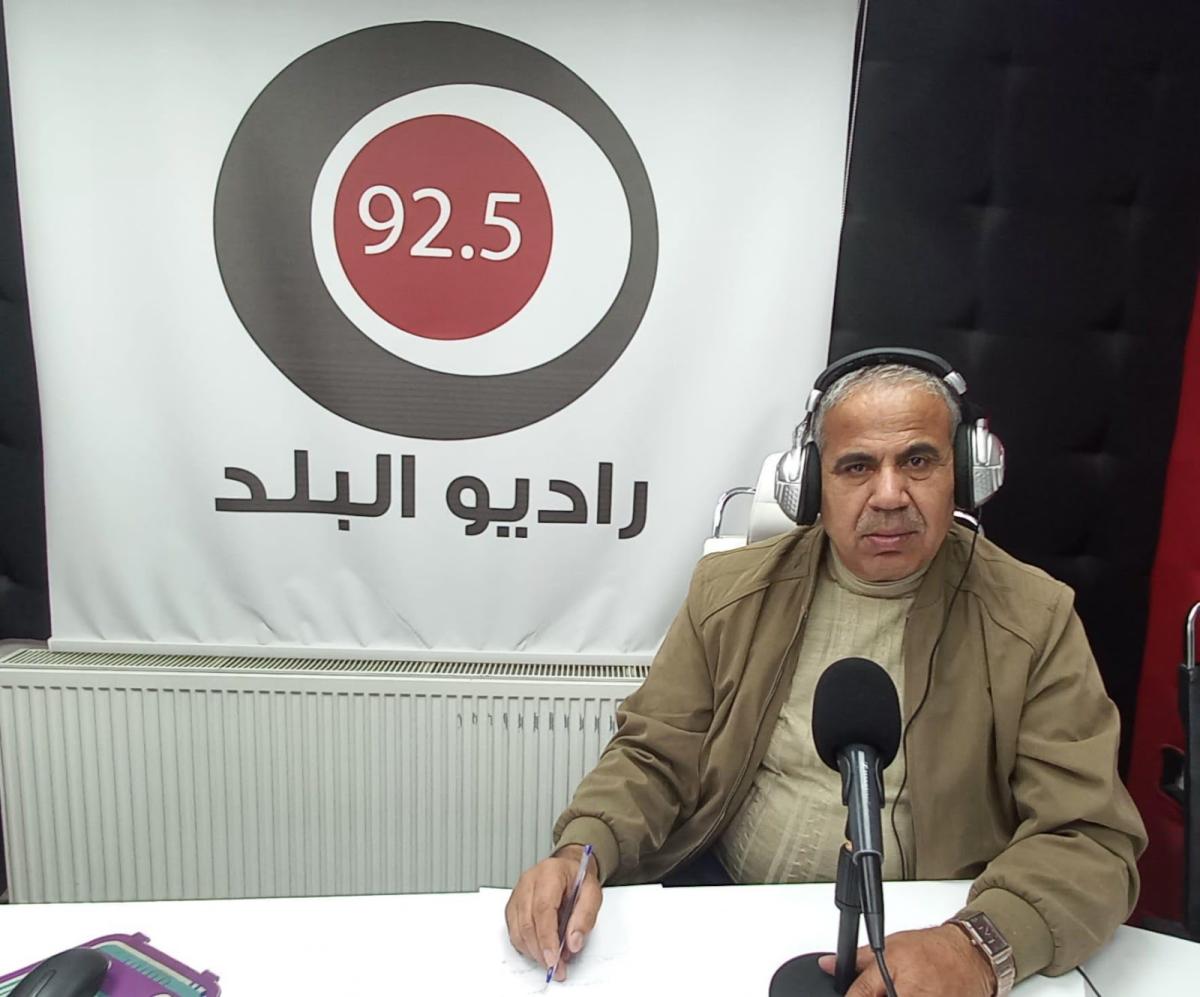 Many of the city’s drivers approvingly describe the program’s philosophy as “locals know best” that stems from the vision of the Community Media Network, which operates Radio al-Balad as a community station. Sayara FM is considered the only program concerned with the transportation sector.

Community Media Network is a not-for-profit organization established and run by the journalist Daoud Kuttab. It also operates Amman Net. Community Media Network was registered on March 19, 2007 with the goal of conducting cultural and media projects in the Hashemite Kingdom of Jordan and the Arab world, and is part of the Himam alliance.

Himam, an abbreviation for the Jordan Civil Society coalition, upholds the values of democracy and human rights, rule of law, justice, and good government.

Sayara FM is among the oldest programs on Radio al-Balad since its inauguration by the journalist Mohammed Shama in 2005. The current team restarted broadcasting the program in 2015, and is prepared by Khalida al-Atari, Shama’s widow, alongside the main host Mohammed Abu Safia, who himself spent many years as driver.

The program’s daily episodes touch on the reality of the transportation sector in addition to living conditions for the workers and their families. Abu Safia said that among the most important issues is “weak government support for the industry and poor infrastructure of roads in and outside the city, as well as the absence of worker’s rights, like health insurance and social security.”

He added: “The program’s topics have been broadened to cover commercial, private, university, and tourist transportation companies. In its new form, we invite everyone who works in this sector to come on air and work with us, as there will be informative content, recommendations, and information about traffic conditions. Additionally, we will be setting aside a special episode sponsored by the Total company [an energy company in Jordan].”

Abu Safia also said that “the program, which is broadcast on Radio al-Balad Sunday to Thursday at 10am, is set aside for transportation news and the problems facing drivers. As a former driver myself, I bring these years of experience to covering their issues.”

Sayara FM puts out daily episodes from transportation hubs and industrial workshops, and has covered the sit-ins of transportation drivers in the public sector as well as those working for ride-share apps. They also set aside space to cover female drivers in the industry and their news stories. 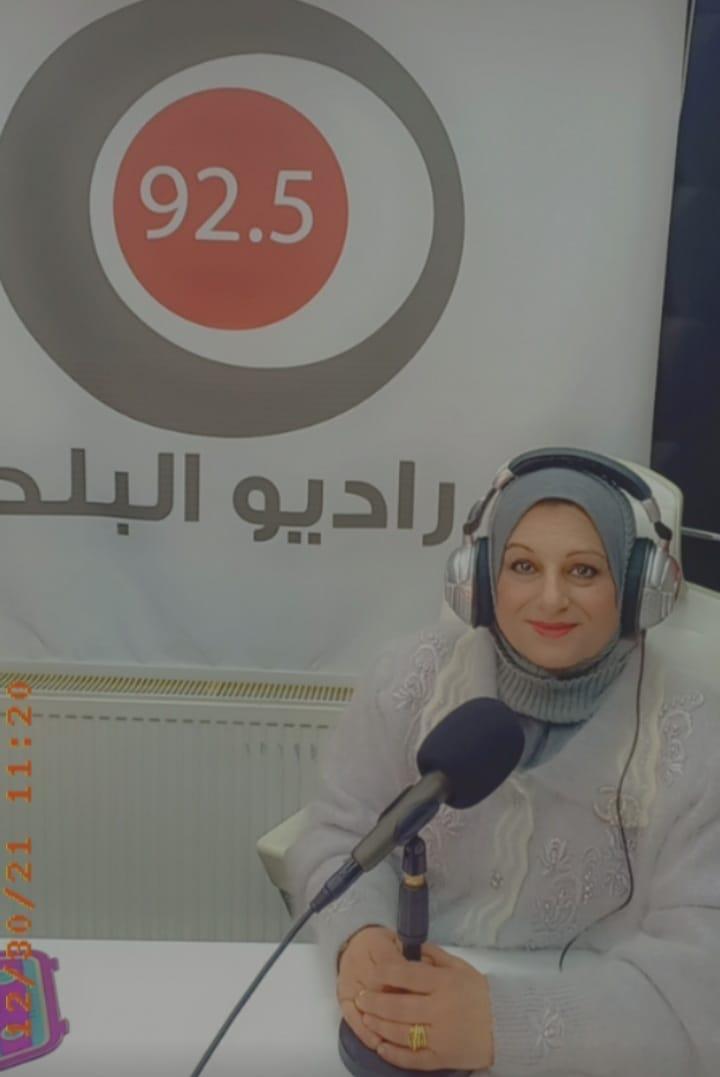 According to the first quarterly report on indicators of the transportation sectors performance in Jordan, the number of public sector vehicles has reached 32,925 means of transportation. There are 5386 yellow taxis as well as thousands of cars working for ride-share services and apps.

The allocation of safe means of transportation, especially for women, is part of the International Covenant on Civil and Political Rights, which Jordan has ratified. A recent study from the Ministry of Transportation titled “Transportation from the Perspective of the Female User” revealed that “47% of women in the Kingdom turn away from entering the workforce due to lack of public transportation.”

Taxi driver Abd al-Majid al-Hasun finds Sayara FM a platform to deliver his opinion to the relevant authorities without fear. He said that “we delivered our message to them without fear or retaliation against anyone, and no one asked us our phone numbers or our names. There was a sense of satisfaction for what we had to say on air, not to mention that the program hosts came from the same walk of life and had the necessary background to ask about our problems.”

Al-Hasun added “the program is the only one specifically dedicated to transportation drivers’ issues, and the only that that stands with them constantly to deliver their voice and message to officials.”

He finished by saying “throughout the program our words have often fallen upon deaf ears with the authorities that have not listened to our concerns and our problems. Especially in the kingdom, the public transportation sector is poor and unorganized.

As for the driver Mansour al-Abadi, he said that “the program is the only space for [us] that poses the problems and sufferings of drivers in the public sector as well as that of their families. It portrays the real picture of our suffering through work days whose hours exceed more than 14 hours on the road.”

He added that “the program is distinguished by the fact it is devoted to the common issues of drivers in different parts of the transportation sector. Through its work, Sayara FM clarifies the real issues and submits them to officials to try and solve them.”

Radio al-Balad was founded in 2000 as the first Arabic radio station on the internet, and was licensed to broadcast on FM channels in 2005. In accordance to its editorial principles, Radio al-Balad endeavors to take up local issues across politics, society, culture, sports, and entertainment, covering the capital of Amman with the motto “Voice of the Community, Voice of the People and the Country.”

You can find more information on the Himam website here.