King Abdullah the second underscores most of his speeches with two critical elements that may seem at odd to those who are unfamiliar with the specifics of the Jordanian context: one is his absolute confidence in the country’s ability to overcome the challenges at hand which he always attributes to his people’s high spirit and resilience as well as their unshakable loyalty to the soil, the throne, and their willingness to do whatever it takes protect the country’s future. The second element he often uses to prove his prophecy is the very limited resources that the country has. In reality, the King’s point has been proven right at every significant event that the nation has seen since he took the office. Given the highly unstable region, the continued civil war in neighboring countries and the threats it brought, the economic hardships due to trade disruptions and mismanagement of the country’s economic resources, and perhaps some corrupt and bureaucratic units within the collective body of the state, and lastly the lack of a clear focus on what could be the country’s most important competitive advantages that could potentially be the key to a true turnaround, one can safely assume that the king points are very legitimate. What has largely been missing from the mainstream political and media leaders and social influencers is the ability to build on the momentum that the country in its collectivity has used in every crisis and surprisingly this momentum has shown to be effective and successful to a large extent. To be fair, this missing focus wasn’t absent in the Kong’s writing, letters, and evolutionary vision. He clearly stated that in almost every statement or speech he has been making. Now it’s probably noteworthy to look into this in a historical context and see how other now-top nations has had devastating crises in the past and they were able to utilize every uncertainty, every problem, every moment, every effort, and every component in those crises to overcome not only its short term consequences -by constantly revising the major pillars of their newly developed policies and strategies in accordance with the progress of the event they were handling at the time of those crises- which exactly what Jordan has done in every crisis so far, and more importantly by using all of these elements to assess the country’s potential and the various possibilities of extending those dynamic models to all aspects of life afterwards ( post crisis strategic models). This is so critical as to not only build on the implicit capabilities that the country turns out to have, but also to generalize all the success elements during the crisis to every entity in the country whether it is a state related, private sector related, citizens, public and private employers and employees, and all other NGOs. France, Germany, USA, and many other developed country has had to go through these stages of growth and development that were mostly the result of short term suffering and smart utilization of the elements I explained earlier. To make this article a bit more practical, I’d invite the readers to see how much missing potential we have in the agriculture industry! The health care system and the medical sector could be one of the world most competitive sectors if properly redesigned, the tourism industry still missing out lots of potential! Manufacturing industry is very very limited despite our abilities to start now and continue to grow gradually, the huge potential of information technology markets and knowledge production which can be easily achieved by augmenting the all university labs with what’s needed and demanded locally and internationally and turning those labs into production facilities just like China did when they started long time ago and just like many other countries. All in all, we are very proud of our king, our people, and our country but if we want to have a much greater country we need to start working on generalizing the success models and extending them to every single aspect of life in our country. 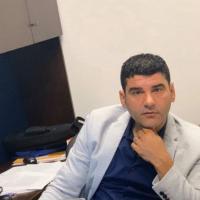