Jordanian officials warn Tehran will fill the vacuum left by Moscow, but the Iranian envoy tells MEE Amman has nothing to worry about
الرابط المختصر
By Mohammad Ersan in Amman*

Jordan has recently escalated its rhetoric against "Iranian militias" along its northern border, fearing a Russian withdrawal from Syria could spell trouble for its security.

Amman accuses Tehran-affiliated groups of endangering its national security by using drones, among other methods, to facilitate drug trafficking along its border.

The Iranian embassy in Amman denied the charges to Middle East Eye, calling them "unacceptable accusations".

'We are the biggest obstacle to the trade of drugs in the area. There is no logic that can justify that we try to smuggle drugs to Jordan'

Hamid Rida Kazmi, the deputy head of mission and the second secretary at the embassy, told MEE that Tehran views "Jordan's security as part of the security of the Middle East which is a top priority for Iranian national security".

But Jordanian military officials describe a different reality on the ground, saying that Iranian-affiliated groups have grown in influence in southern Syria in recent years despite arrangements with Moscow to contain them.

With reports of Russian forces retreating from southern Syria and other areas in the country, Jordan fears the void left behind will be filled by Iranian-aligned forces.

On 18 May, King Abdullah raised the first alarm over a potential Russian withdrawal.

"The Russian presence in south Syria has been a source of tranquillity," he told American think tank the Hoover Institution.

"If there is a vacuum, this would be filled by Iranians and their proxies and unfortunately, we are concerned about a possible escalation of our problems on our northern borders."

Jordanian warnings against growing Iranian influence in Syria are nothing new.

Since Tehran intervened in the war in 2014 in support of Syrian President Assad against rebels, Amman has been wary of getting caught up in the conflict.

In 2018, backed by Russian and Iranian forces, the Syrian army retook control of south Syria, with Daraa - the birthplace of the Syrian revolution - at its heart.

Despite a de-escalation deal a year earlier agreed upon by the US, Russia, Israel and Jordan - which included assurances by Moscow to limit Iranian influence in southern Syria - the presence of Iranian-affiliated forces has grown since.

"We are facing a war along the borders, a drugs war led by organisations supported by foreign parties. These Iranian militias are the most dangerous because they target Jordan's national security," Colonel Hiari told state-owned Al Mamlaka television.

Hiari explained a pattern of the smuggling noticed by the Jordanian army, which suggests a sophisticated level of organisation carried out by "undisciplined groups of the Syrian border patrols" and "terrorist organisations".

Responding to the Jordanian claims, Kazmi denied that Tehran has militias in Syria and said Iranian forces are there upon the invitation of the Syrian state.

"The goal is to stand up to the terror of organisations like Daesh and Jabhat al-Nusra, and Ansar al-Din, as well as others, is posing."

"We in Iran have been fighting the smuggling of drugs by way of the eastern borders of Jordan for 40 years. More than 3,000 Iranian security personnel were killed in this war.

"We are the biggest obstacle to the trade of drugs in the area. There is no logic that can justify that we try to smuggle drugs to Jordan. This is an unacceptable accusation."

The Jordan-Syria border is a 375km-long rugged terrain that spans from the Golan Heights in the west all the way to the Iraqi border in the east.

In one small pocket that remains outside of government control in the eastern section, the commander of the opposition Maghawir al-Thawra (Revolutionary Commando Army) force shares the same concerns as Jordanian officials.

Maghawir al-Thawra is an American- and Jordanian-trained Syrian rebel group that guards the Tanf Military base located where the borders of Iraq, Syria and Jordan meet.

"This area, which also includes the Rukban camp, is surrounded by Iranian militias with the aim of emptying out its population so as to control it," al-Talaa said in a phone interview, adding that Jordan is seen by these groups as the destination and main transit point to the Gulf for the Syrian-made cheap drug known as Captagon," Colonel Muhanad al-Talaa, commander of Maghawir al-Thawra, told MEE.

"The drug trade is the main source of funding for the Shia militias in this area and especially because of the bad economic situation in Iran.

"These drugs are produced in large quantities in Homs and Qusayr by the Lebanese Hezbollah forces and then they are smuggled in coordination with some members of the Fourth Syrian army infantry [division]," he added.

A new challenge for Jordan has come in the form of drone attacks that have "the signature of the Iranians," according to King Abdullah.

In mid-May, the Jordanian army said it downed a drone that carried drugs from Syria. 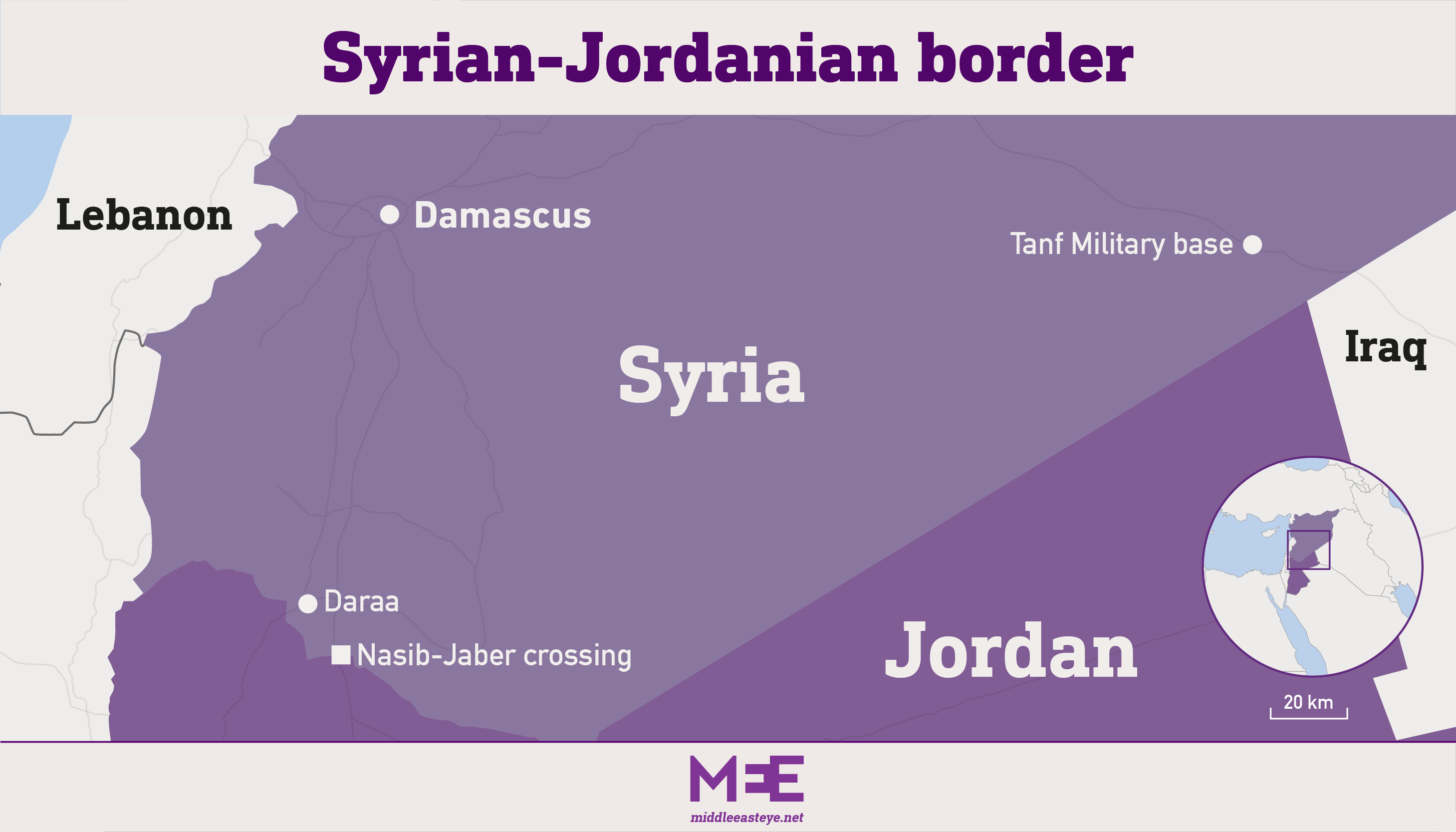 Mamoun Abu Nuwar, a military analyst and retired Jordanian Air Force major general, said the use of drones changes the military and security balance in the area.

"Jordan is even more worried that military confrontation in the future will occur between Iran on the one hand and Israel and the US on the other hand. This would include ballistic missiles, drones, and other methods.

"The danger to Jordan is that there are US military bases in the Kingdom of Jordan," Abu Nuwar told MEE.

Beyond security concerns, stability in south Syria is vital for Jordan's economy, which has been deteriorating for a number of years, with the gross domestic product (GDP) declining since 2009.

Mamdouh al-Abadi, former deputy prime minister, believes that while there might be a serious Iranian-backed presence at the border, Amman is better served by improving ties with Tehran.

"The strength of Jordan is its different agreements with all. We have relations with Russia and the US, and Iraq and Iran," al-Abadi told MEE.

"These good neighbourly agreements have resulted in keeping Jordan safe and no bombing has been registered on Jordanian soil from Iranians. There were bombings from ISIL and al-Qaeda but not from Iranians," he said, using an alternative acronym for the Islamic State group.

On the western side of the boundary, Daraa - less than 10 km from the Jordanian border - is a key city for the resumption of cross-border trade via the Nasib-Jaber crossing.

At one point, Nasib-Jaber was a transit route for hundreds of trucks a day transporting goods between Europe and Turkey and the Gulf but was closed after the outbreak of war in 2011.

Since 2018, Jordan has been working to upgrade diplomatic ties with Assad's government, with the hope of reopening the Nasib-Jaber at the heart of discussions.

The border crossing was reopened partially in 2018 but authorities were forced to close it again after the outbreak of the Covid-19 pandemic in 2020 and renewed clashes in Daraa in 2021.

In September, it was reopened once more as Jordan looks to cut its losses from the impact of conflict and the pandemic.

Jordan, which hosts 1.3 million Syrian refugees, has been economically hurt by the cut in ties with Syria and the closure of the borders. Jordan's trade balance with Syria dropped from $615m in 2010 to $94m in 2020, according to official Jordanian statistics. 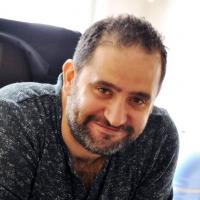 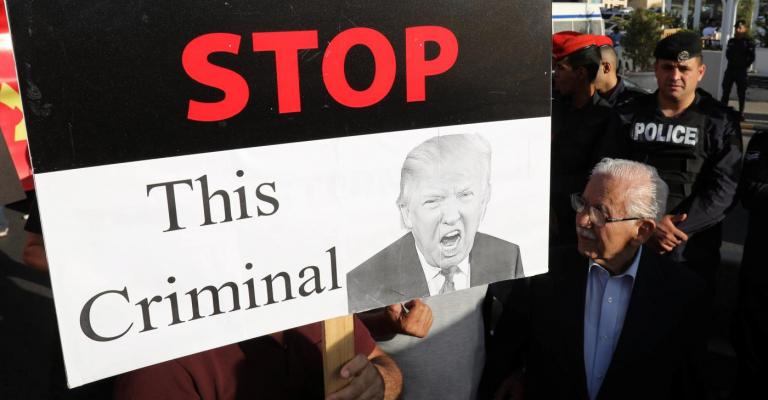 Jordanians mobilise in Amman against Trump's 'deal of the century'