The Jordanian government is pushing to amend a 67-year-old law regulating the possession of firearms in the kingdom. If the amendments pass, Jordanians would have six months to hand over unlicensed handguns, automatic and semi-automatic firearms or face heavy penalties. The proposed amendments would also restrict the issuance of new licenses and cancel permits to carry guns. The legislation to replace the current 1952 law is being debated in an extraordinary session of parliament that began July 21.

On July 8, Interior Minister Salameh Hamad had denied a July 1 statement attributed to him in which he allegedly told the Lower House’s Legal Committee that there are 10 million firearms in the kingdom. He did, however, confirm that 92% of all violent crimes committed in the country are carried out using unlicensed arms.

Hamad attributed the sharp rise in illegal weapons in the kingdom to the civil war in neighboring Syria, including southern Syria having been beyond the control of the Syrian government for years, which has allowed arms smuggling into Jordan.

While some experts and columnists have welcomed the government’s initiative, others have denounced it, even pointing to the external threats the country faces.

Former Interior Minister Samir Habashneh told Roya TV on July 9 that he wishes there were 50 million firearms in Jordanians' hands. He claimed that unlike Switzerland, Jordan is threatened by “the occupation” [Israel] and terrorists. “Israel believes Jordan is part of its entity and must be controlled,” he said. Habashneh called on Jordanians to license their weapons, asserting that if they did so, it would strengthen the kingdom, not weaken it.

The proposed amendments include no provision to license illegal weapons, but requires that unlicensed firearms be handed over. This has polarized Jordanians and put pressure on lawmakers.

Abdel Munem al-Awadat, who heads the Legal Committee of the Lower House, said on Facebook on July 7 that his committee, which will debate the amendments before sending the bill to the floor for a vote, will seek to reconcile opinions by adopting a strategy to curtail the spread of weapons, but do so gradually while taking into consideration the cultural tradition of firearms ownership.

Of note, lawmakers want to be exempt to carry guns under the new law. The suggested amendments prohibit former ministers and lawmakers from carrying weapons and abolish all licenses to own semi-automatic and automatic weapons.

Owning firearms has become a Jordanian cultural tradition. Despite government attempts to curtail the use of live ammunition at weddings and other festivities, where people shoot into the air, almost every month brings reports of people killed or wounded accidently at such events. On July 15, the Public Security Department launched a new nationwide campaign to curtail the firing of live bullets on celebratory occasions.

According to official statistics, between 2017 and 2018 three people died in accidental shootings, and 48 were wounded. Cases involving the unlawful use of firearms increased from 1,786 in 2017 to 1,845 in 2018. Individuals convicted of causing a death from celebratory firing can receive up to 20 years in prison, and in cases of multiple fatalities, the shooter can be sentenced to life in prison.

Writing in the Jordan Times on July 13, Walid Sadi, former ambassador to Turkey and human rights expert, said, “The issue is why so many Jordanians feel obliged by custom or tradition, or worse still by necessity, to possess guns at a time when security and stability in the country is well enshrined and established due to the vigilance of Jordanian security apparatuses.”

Sadi also wrote, “To say that it is a sign of manhood to carry guns and should, therefore, be tolerated is ridiculous. Manhood is not measured by carrying or possessing guns.” He concluded by asserting, “As hard as the policy of dealing with this crisis is, the country can no longer afford to brush it under the carpet any longer.”

Oraib al-Rantawi, director of the Al Quds Center for Political Studies, told Al-Monitor that he supports the government’s effort to collect weapons and to limit licensing to a minimum. “It is silly to take seriously claims that such weapons protect Jordan or will derail the so-called deal of the century,” Rantawi said, referring to the Middle East peace plan yet to be fully unveiled by US President Donald Trump.

As for the Jordanian cultural tradition of owning firearms, Rantawi said that this would have been understandable during the pre-state period, but now, a century on, such traditions should be abandoned. He argues that in a state of law and order and citizen’s rights and duties, there is no place for arms except in the hands of the state. He blames the spread of illegal weapons for contributing to the ongoing sectarian civil wars in neighboring countries.

Jalal al-Abbadi, a retired general and security expert, told Al-Monitor that while amending the current law is important, what is really needed is strict implementation of all laws. “Smuggling, not only of weapons, poses a major challenge to the Jordanian state,” Abbadi said.

He also warned of the spread of automatic and semi-automatic weapons in the Badia and tribal areas, noting that licensing to carry arms, as opposed to simply possessing them, has been suspended for the past four years.

The one thing experts agree on is that the government will have a tough time convincing Jordanians to hand over their firearms even if they are compensated for them. The government has been losing the battle to enforce law and order amid worrying signs that Jordanian society is becoming increasingly violent.

Suhair al-Bawab, a sociologist and behavioral expert, told Al-Monitor that the phenomenon of owning firearms is in part due to the social and economic complications people face. “Since modern societies in this part of the world are becoming increasingly lawless, the right to bear arms becomes a necessity for some and a legal right,” Bawab said. She added that Arab societies are becoming even more complex due to the growing influence of social media and rising economic and social pressure on households. 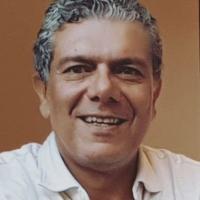 veteran journalist and political commentator based in Amman who specializes in Middle East issues. He can be reached at [email protected] On Twitter: @plato010
Radio Al-Balad