Inauguration of the first cinema for children in Zaatari camp 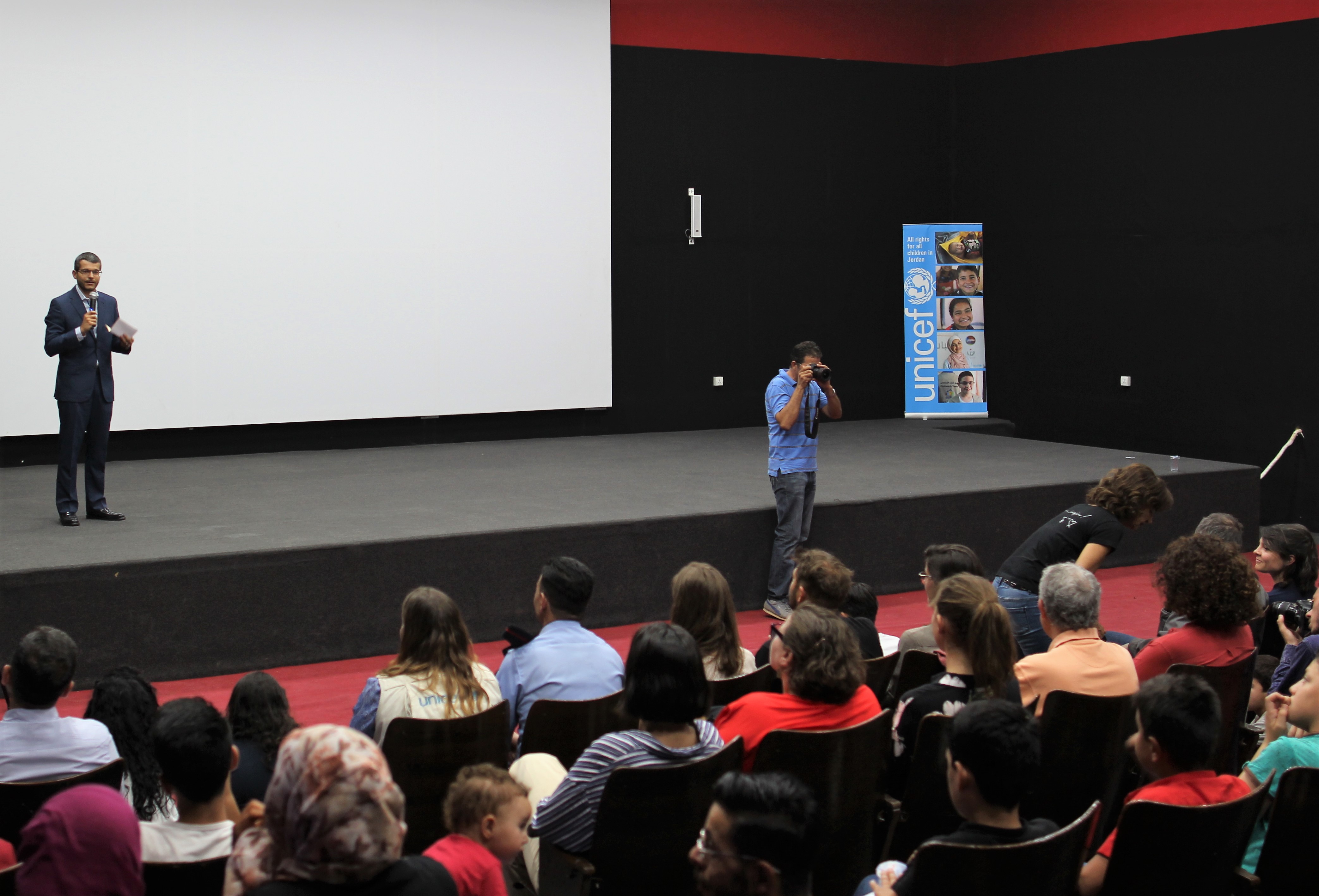 In the presence of HE the French Ambassador to Jordan David Bertolotti, the Syrian Refugee Affairs Directorate and representatives of the UN, humanitarian and cultural NGOs, a free movie screening facility in Zaatari camp opened its doors to the public yesterday during a celebratory event under the patronage of HRH Princess Rym Ali.

Cinema Zaatari is a project initiated and supported by “Lumiere à Zaatari” foundation in Paris in partnership with UNICEF and the Imaginarium Films, the managing company of the cinema.

The opening ceremony was attended by Brigadier General Mr. Bilal Al Omari, the head of the Syrian Refugee Affairs Directorate and the camp director, Colonel Ahmed Saud, as well as the Royal Film Commission, Al Balad Theatre, the French Institute and the Jordan management team of UNICEF, UNHCR, ACTED and a number of Jordanian artists.

HRH Princess Rym expressed her happiness in launching the first cinema for Zaatari residents, stressing the importance of such efforts in improving the living condition of refugee children, and hoping they inspire the community to tell its own stories in the future. HE Mr. David Bertolotti praised the hard work of the French and Jordanian teams that resulted in bringing Cinema Zaatari to life, offering its management an unlimited access to the French Institute catalogue of film releases. Brigadier General Mr. Bilal Al Omari invited the residents of Zaatari to make use of this facility as a way to support similar projects in other refugee camps. The “Lumiere à Zaatari” director Mr. Xavier Giannoli said Cinema Zaatari would not have been a reality without the generous donations of hundreds of people from many countries around the world, as well as The French Ministry of Foreign Affairs and many major companies in France like Gaumont, Canon, Institut Lumière and others.

The ceremony was concluded with a screening of “Finding Nemo” (2003) in the attendance of tens of children from the UNICEF Makani center and their families.

Aiming to offer in its programs a combination of entertaining and educational films, it is worth mentioning that Cinema Zaatari is planning to start its first series of public screenings by next month with a summer film program of a total of 8 titles. 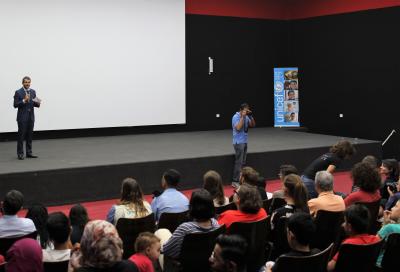 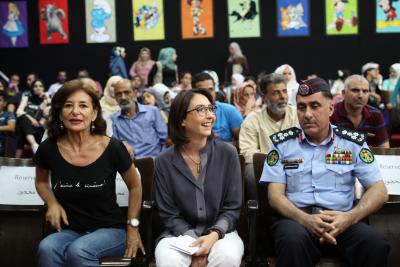 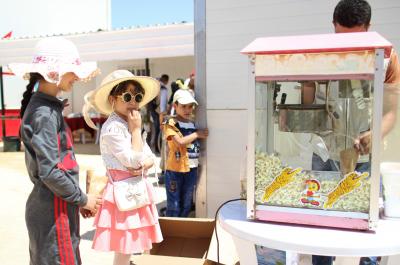