LAST WILL OF UDAY TAMIMI

I am Uday Tamimi, from the refugee camp of the martyrs, Shufat who is being pursued

My operation at the Shufat checkpoint was a drop in the ocean of the failing struggle,

I know that I will become a martyr, sooner or later, and I know that I will not liberate Palestine with a single operation, but I did it with a goal in mind. My goal is that this operation will move hundreds of youths to carry the gun after me 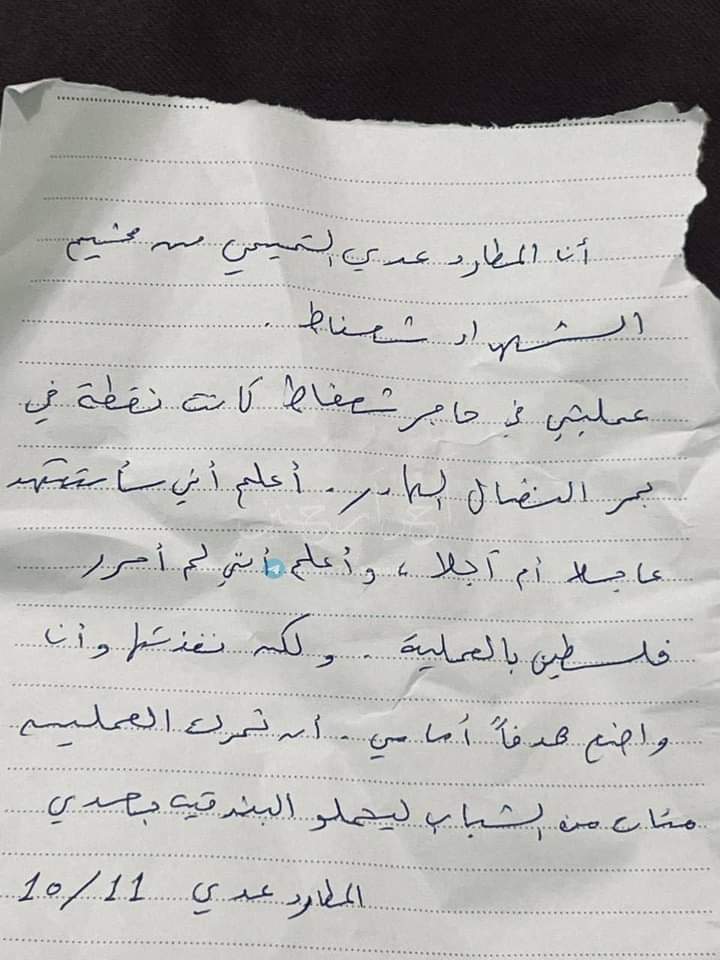