Travelers going through the Queen Alia Airport have noticed that a number of shops and popular restaurants in the airport shopping area have closed recently.

It appears that the French manager of the airport, the Airport Development Paris (ADP), which heads the Airport International Group (AIG) consortium, that manages the airport, has insisted on keeping the high rental and commission fees, despite the financial losses that have affected them during and since the COVID-19 pandemic.

A well-informed source, working in the airport, told AmmanNet that the business situation at the airport has become very difficult because of the prohibitive costs of running the stores. “We have a double problem, high costs and retraction of services while average Jordanians whether airport employees or travelers have limited revenue.”

The source, who asked not to be identified, said that five thousand airport workers cannot afford to buy their daily lunch from airport restaurants because prices are high. “Sure, the managers and the employees on a high scale can afford it, but the vast majority of workers can’t afford to pay JOD five for a simple lunch,” he said.

Another expert said that the biggest problem facing current and would-be business investors is the insistence of the French company through their contracts that shopkeepers must pay a set amount even if their sales do not reach the minimum of 11%. This drives middle-sized investors away.

In a written answer to AmmanNet, the Airport International Group said “in recent years we have dealt with these difficulties. We have widened the support we provide, including reducing rent and improving the abilities of tenants to continue despite the Covid pandemic and afterward. We want them to totally recover from those difficulties because we all need to get through these challenging times.”

The problem does not appear to be limited to stores and restaurants. Cargo and other handlers are unhappy with the way the French company is managing things. They have complained about the situation in the airport and the lack of flexibility in dealing with the problems that are causing financial difficulties.

In their written response to AmmanNet, the AIG confirmed that airport companies “are still suffering.” They stated without giving details that the Airport group plans to continue supporting those companies “until the travel statistics return to what they were prior to the pandemic and that companies can experience growth.” No details were provided on how AIG plans to help those companies who are financially suffering which has led some to close shops.

The airport source called on the Jordanian government which has a BOT contract for 25 years to work on widening the investors in the airport so that a much wider segment of Jordanian society can invest. “The current investment which includes difficult conditions only serves large investors while what is needed is to lower the commission fees for more companies to invest and therefore more Jordanians, as well as the government, would benefit.

AmmanNet has learned that the government has responded to the complaints and has set up a special committee made up of representatives from the Ministry of Planning and International Relations and the Ministry of Transport. The committee is requested to study the comments and to make recommendations on issues related to how to manage the airport.

The Airport International Group commented on the committee by saying “the competition improvement committee for Queen Alia Airport is working on finding realistic and logical solutions that will increase the size of investment in the airport as well as increase travelers and support the tourism sector.”

The excessive costs of the Queen Alia Airport also had been circulated during the discussions surrounding Israel’s decision to allow Palestinians to use the Ramon Airport near Eilat. Ammon News quoted the director general of the Jordan Tourism Board Abdel Razzaq Arabiyat as saying that Queen Alia Airport is one of the most expensive airports in the world. He said that the tax for a single traveler averages around $81 while in other airports the tax is between$30-$40.

The Airport International Group said in their statement to AmmanNet that “the exit tax is a mix of two streams. One is aimed at supporting the management and development of the airport itself and the other a “special tax” that is collected from every passenger is “what makes the Queen Alia Airport in a difficult standing compared to regional airports.” The statement noted that this has a negative effect on competitiveness and therefore it has “become one of the most expensive airports in the world in terms of taxes and fees levied to passengers.”  The statement concluded that AIG is working with the Jordanian government to find a solution to improve the airport’s standing in this area.”

A 2020 social study was requested by AIG that was prepared by the International Air Transport Authority (IATA) to gauge the social and economic effects of Queen Alia Airport on the national and local economies. “The study conflicts that the overall contribution of the airport exceeded JD 2.5 billion in 2019 which represents 8.9% of the overall gross national product. By 2032 it is expected that this figure will reach JD 3.9 billion. The study also noted that by 2030 the airport will be able to provide 238,000 jobs and that by 2032 the airport will provide jobs for 278,000 all of which have a positive contribution on the national economy and on job creation.”

In addition to the commercial work of the airport group, AIG has corporate social responsibility in the area of the environment. According to the official website of the company, a special foundation was established in 2019 and began operations in 2021. Its activities have included professional training for male and female local youth with the aim of helping them to gain employment in the local community. Queen Alia Airport has also received a number of international awards because of the high priority it gives to issues of the environment. 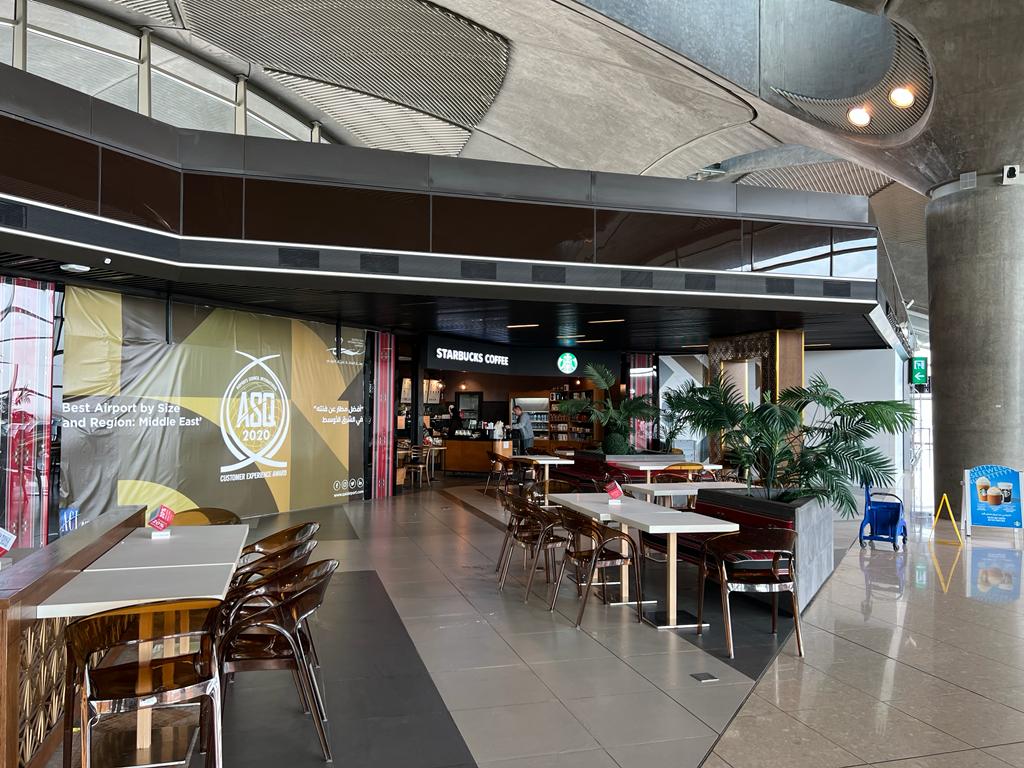 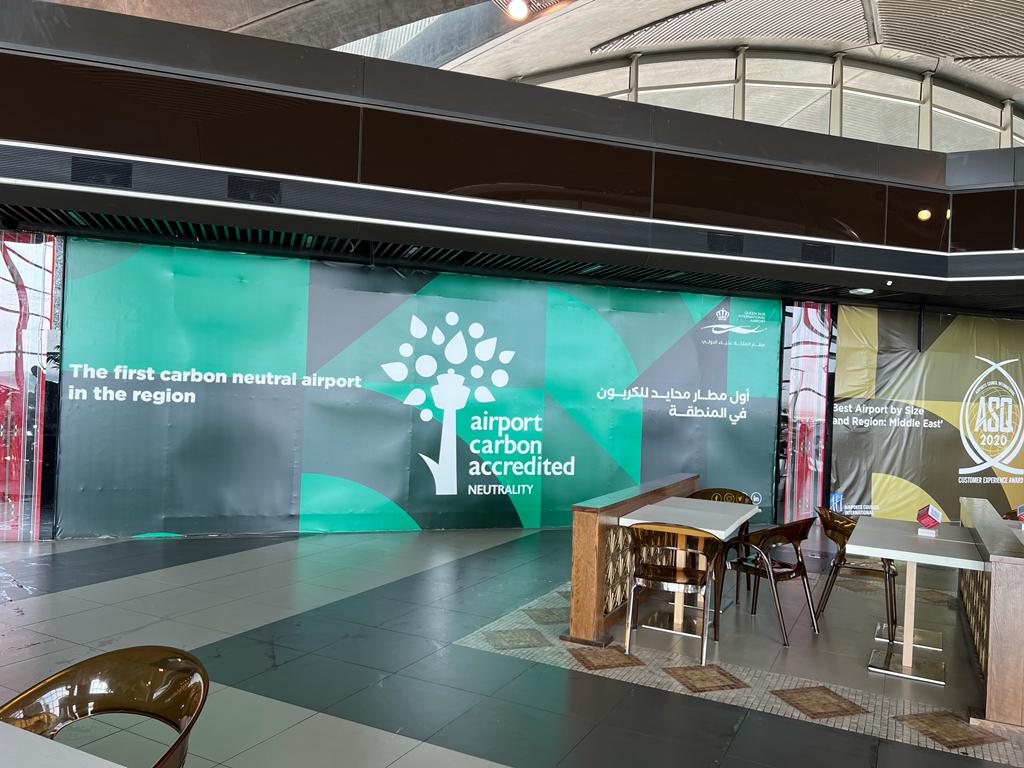 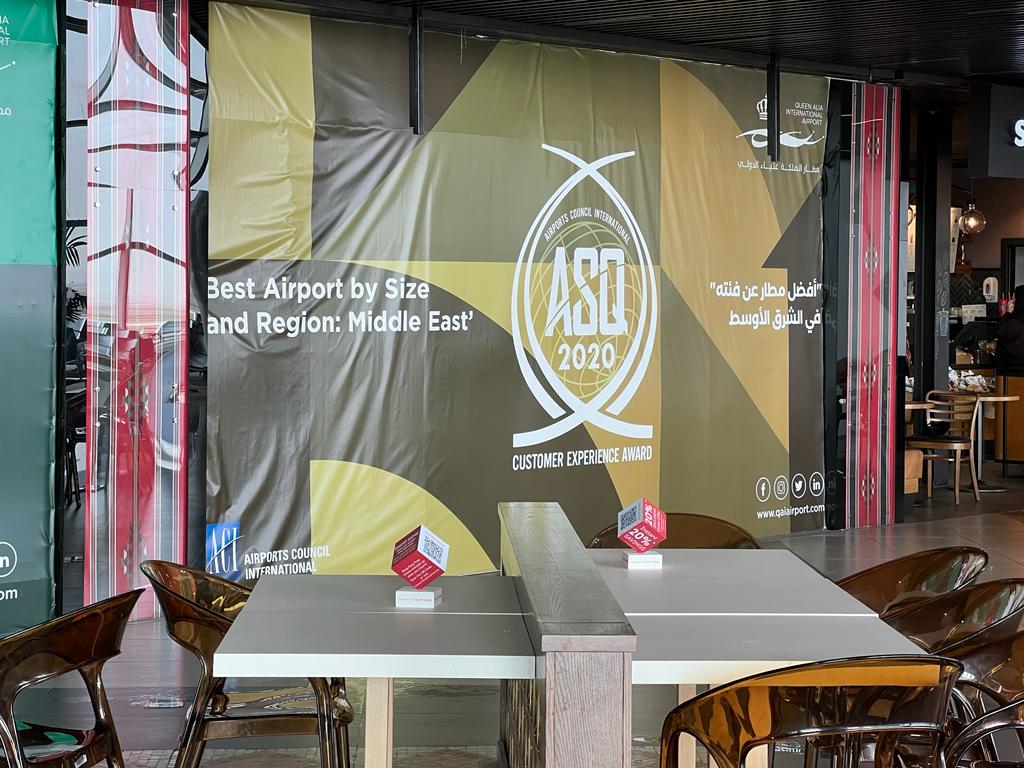