The Ukrainian Ambassador to Jordan Myroslava Shcherbatiuk told members of the Amman Rotary International Club that she has felt a “genuine interest and human attitude to her country’s situation.” Speaking at the Club’s Hyatt Hotel Wednesday Ambassador Shcherbatiuk described the welcome by Rotarians as “the warmest meeting" she has had since her arrival in Jordan and expressed "gratefulness for the friendly reception she received”.

The Ukrainian Ambassador noted that since 2011, there has been a dramatic decrease in trade and economic relations between both countries. “Bilateral trade in 2008 exceeded one billion US Dollars but has dropped down dramatically and restored to $220 million in 2021.” She blamed the crisis in Syria which “had a direct impact on trade routes from Ukraine to Jordan.” 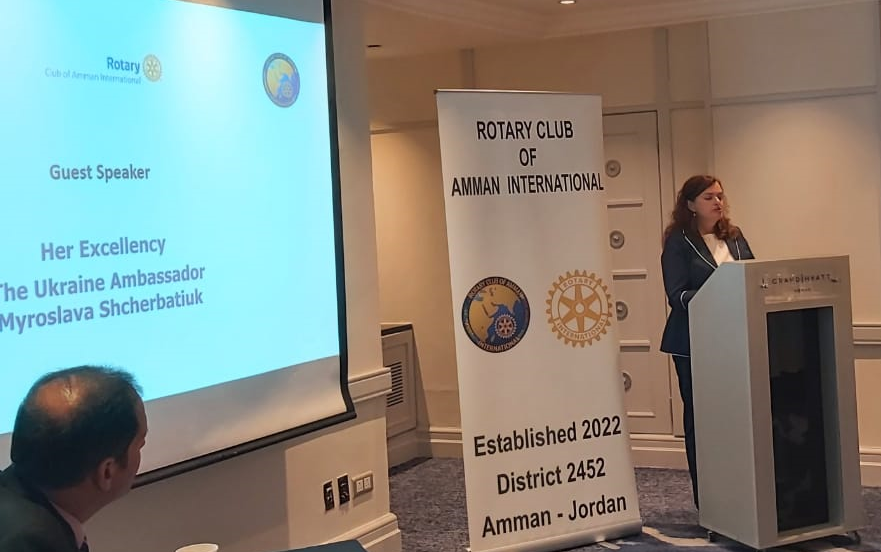 The Ambassador who was heading the Middle East and Africa Department at the Ukrainian Foreign Ministry before becoming an envoy to Jordan said that “the Hashemite Kingdom of Jordan lays at the crossroads of major trade routes in the region and, according to the strategic vision of His Majesty King Abdullah II, possesses the unique potential to become a powerful food and trade hub”. This provided favorable opportunities for bilateral cooperation as Ukraine took a pledge to contribute to the food security of Jordan.

She described the plans of the Embassy to strengthen the dialogue between both countries in trade that, unfortunately, was crushed due to the Russian war against Ukraine. She pointed out the fact that the famous Ukrainian company “Nibulon”, active in Jordan, suffered losses because of the Russian war. The President of “Nibulon” company, Oleskii  Vadaturskyy, was deliberately killed by Russians, she said.

With the beginning of the Russian invasion, Ukraine asked for the help of the international community. She praised the position of Jordan within international organizations and emphasized that Jordan allowed Ukrainian family members to enter the country. She estimates that 5,000 Ukrainians are married to Jordanians. 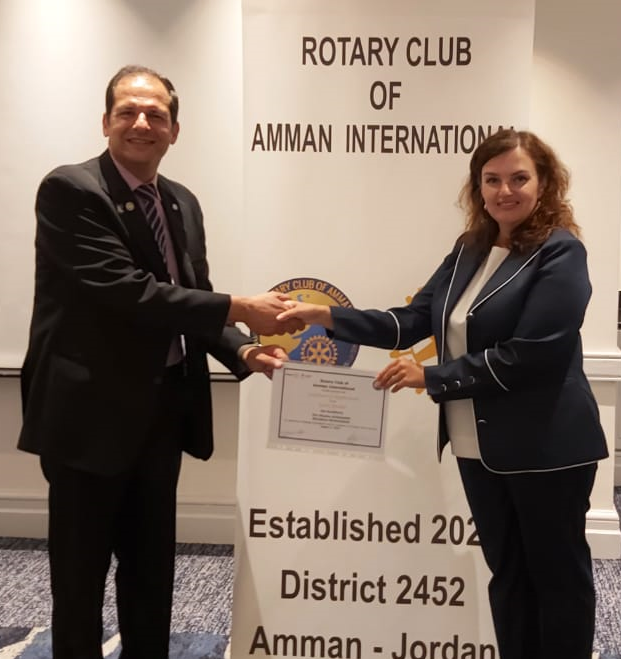