My detention in the morning hours of March 8th

I left Thursday to attend  family event in London and upon my return Monday night I was surprised when the passport control officer asked me to wait. I had heard hints from my colleagues that some in the government were not happy with my writings but I didn’t expect to be stopped from entering. The officer in charge said that there was an arrest order for me based on a complaint to the cybercrime police regarding an investigative story that I had written back in 2019. I offered to deal with the case the following day but they said that I had to stay in police custody until and unless someone visits the Bayader West Amman police station. My brother-in-law visited them and after 90 minutes I was released on condition that I appear at the police station the following day which I did. A policeman escorted me to the court and the judge issued a temporary suspension of my arrest until she hears the case Sunday morning March 13th.

I had been called in to the attorney general Rami Tarawneh’s office and explained to him that we followed proper journalistic process to write in the investigation which was fully documented and a lawyer of our organization approved the text as being proper. We had also tried to interview the person accused and he refused to answer us. There was no need for such abuse of the law.

The police are now claiming they had tried to inform me of the case. I answer ever phone call I get from any source. I am concerned that the case might be some kind of vendetta or attempt at politically pressuring me for what I write.

I am concerned about the fact that space for the freedom of expression is shrinking in Jordan. 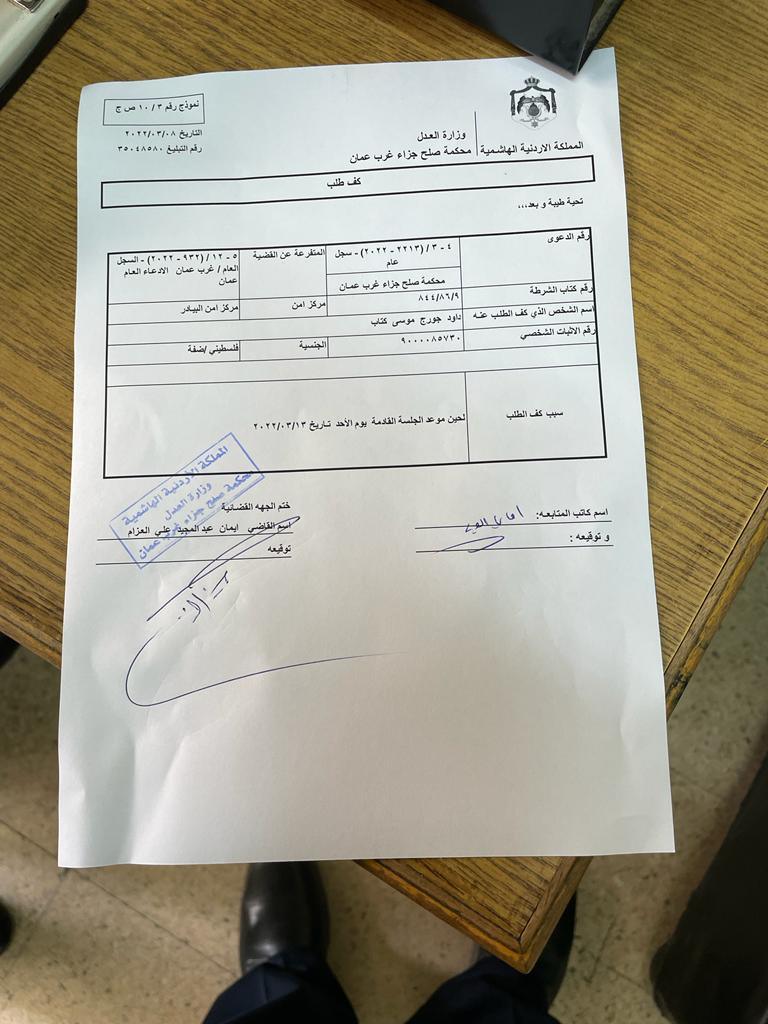