Jodi Jackson Tucker, the International Director of Orphan Sunday announced the special award to Nisreen after a special introduction to the work Nisreen and her team achieved in Jordan and Arab countries reaching out to all sectors in the society.

The Christian alliance for orphans recognized Nisreen with the 2020 international coordinator award for her activities in Jordan and the Arab region as part of the Orphan Sunday Arabia project. The ceremony in which humanitarian activists from around the world participated was broadcast on the zoom application.

In an interview with AmmanNet Niseen said that her effort was always focused on orphan children. “Our heart goes for children and those who are abused through awareness programs that allows us to show our support for them.” Hawatmeh says that the international organist ion honored her because of the activities that the center has done not only in Jordan but in Syria, Iraq, Egypt and South Sudan.

Reverend David Rihani the ambassador of world without orphans for the MENA region and the managing director of the program in Jordan says that Orphan Sunday Jordan is an active member in the world without orphans program and is active in the spread of OrphanSundayArabia in the Arab world.

Nisreen and her husband Maher Abu Leil began the project in Jordan with others and it has spread since. “My husband and I invested the first seeds of contributions in this project and many have supported it. We don’t have an outside organization that supports us but we do depend on the support of many who are interested in orphan children and we coordinate their support so it gets to the needy.”

Nisreen remembers how recently one of the centers providing support to orphans was about to close because of lack of funds to pay salaries. “We told friends and those interested about this issue and quickly we were able to raise enough money to ensure that the center stays open,” she said. “What we try to do is work on changing the mindset of these children, increase their self confidence and help them overcome their troubled identity issues. We also help some to improve their academic level so that it is in sync with their age. 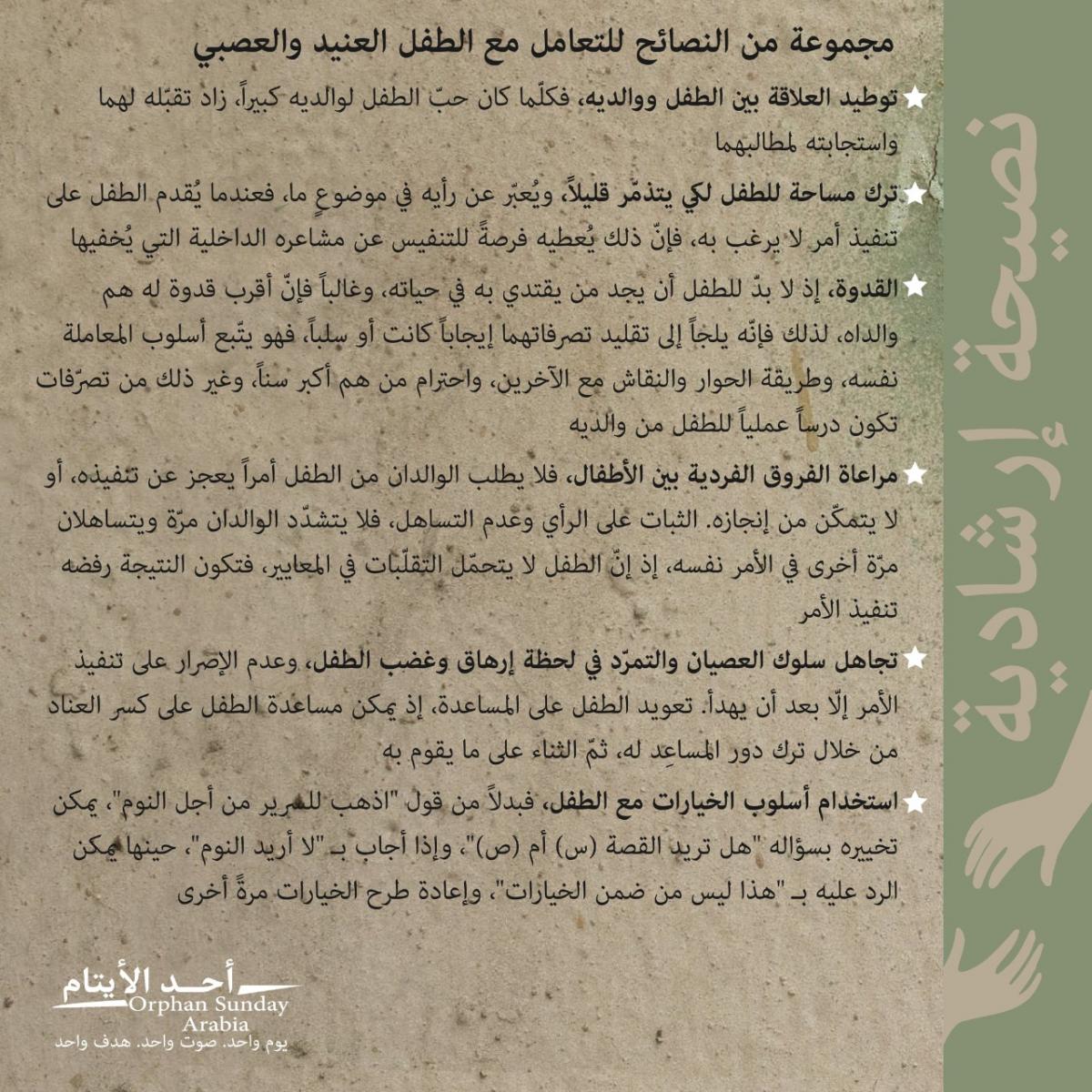 The Jordanian project works with three main centers in which 65 children benefit. They are Saidat al Jabal in the village of Anjara north of Jordan, Beit Mariam Center in Ashrafieh and Mar Mansour near the eight circle both in the Jordanian capital Amman. Hawatmeh says that the activists and volunteers work with children to strengthen their ties with their families and society. “Recently we helped an orphan child return to live with his mother, a widow and who had medical and financial problems. We helped the mother get three eye surgeries, covered her expenses and paid for her son’s school tuition.”

Hawatmeh notes that she and other volunteers are working on increasing support to the concept of alternative adoption. “Alternative adopting has been legally approved by Jordanian laws,” she said in reference to the ability of families to adopt children and care for them without changing their legal status.

David Rihani who is the managing director of the program says that Orphan Sunday is an international program supporting orphans by dedicating a Sunday a year to collect support for them. “The next orphan Sunday will be November 8th and all local churches will dedicate their offering to helping orphans.”

Salam Gammo the head of programs says “we belong to different local churches in Jordan and we felt that need to support institutions that work with children without family guardianship to help them strengthen their sense of identity and to let them know that God loves them. At the same time, we try to help them with basic needs of food, home and clothes, all done through local organizations.”

The Christian Alliance for Orphans includes 190 organizations and more than 700 active members who work through their churches to prepare volunteers to support orphans, protect families and to help in the adoption through the alternative adoption program. 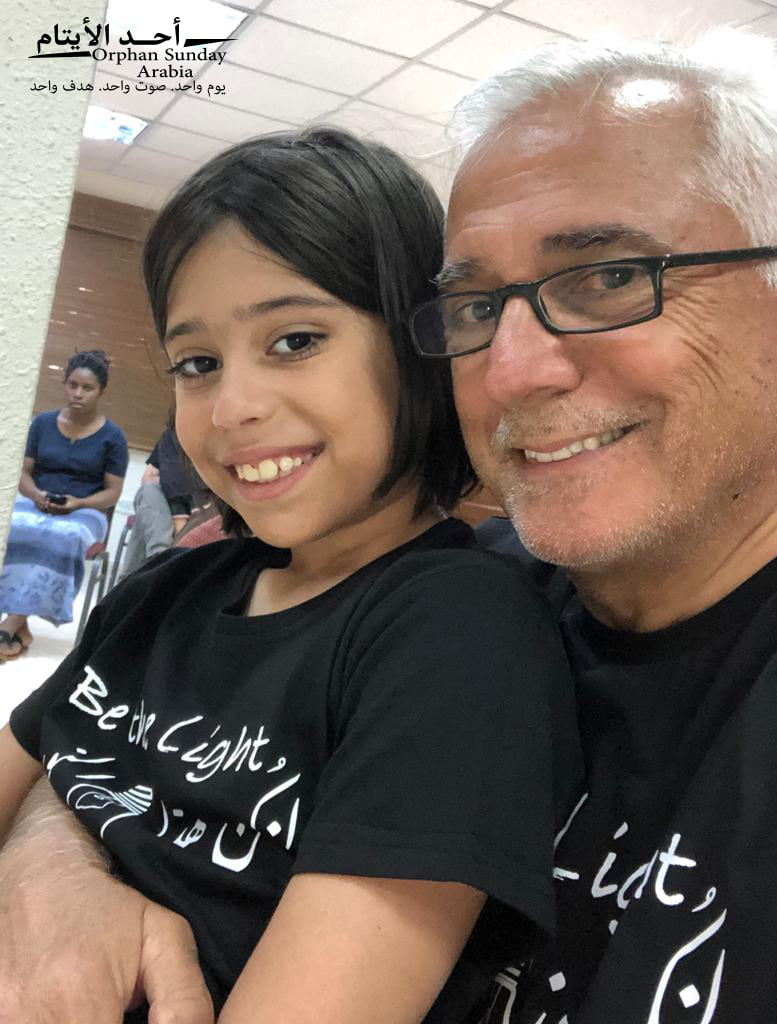 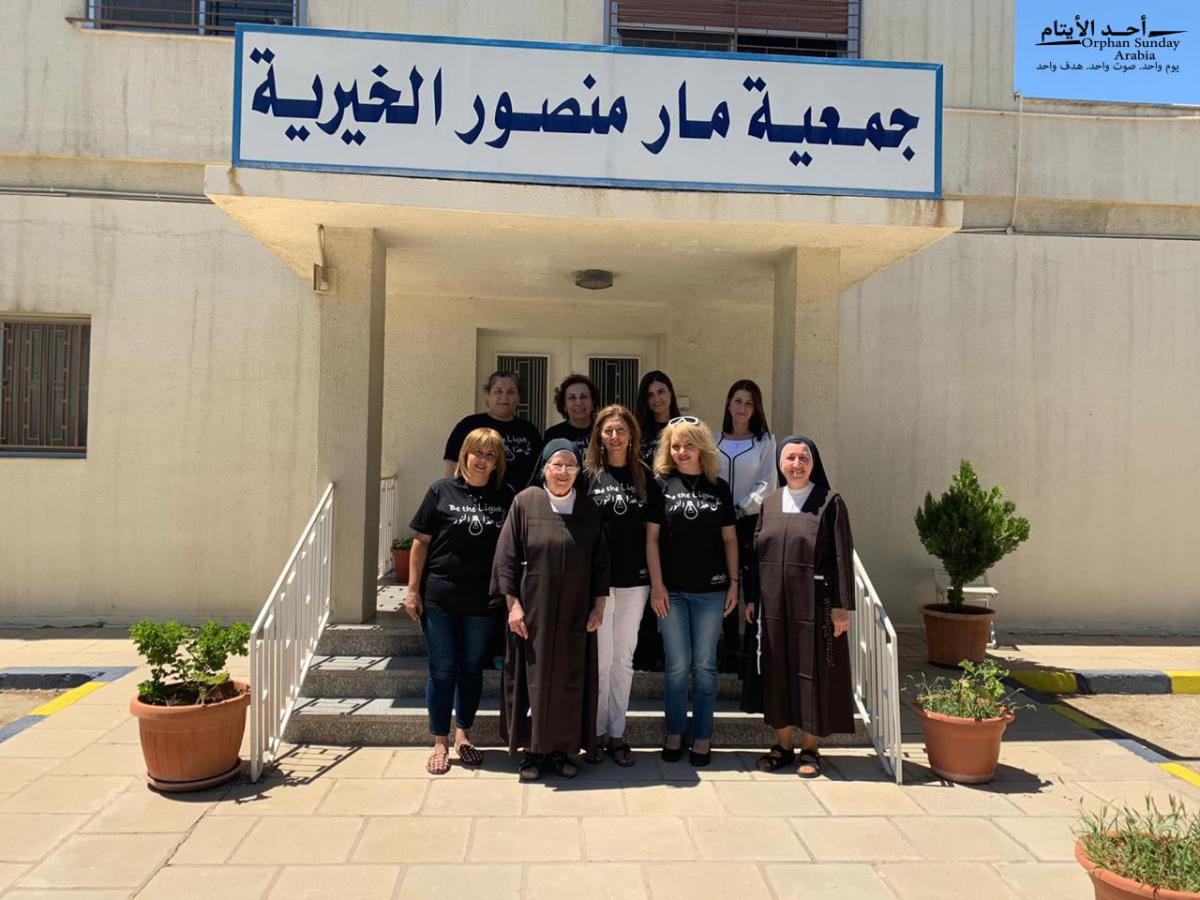