Through constructing different Palestinian cities with puzzle pieces, children are able to visualize and learn the important history behind the occupation and colonization of Palestine.
الرابط المختصر
AmmanNet

Ahmed Kamal is a Jordanian orthopedic doctor fighting for the Palestinian cause right inside his clinic in Irbid, Jordan (A city 100km north of the capital of Jordan, Amman). To raise awareness on a daily basis, Dr. Kamal has pictures of Palestinian cities, symbols of the movements, and facts about Palestine throughout his clinic to maintain visual reminders of Palestine for his patients.

Dr. Kamal found that there was a prominent absence of knowledge in regard to cities in Palestine, recognizing them through photos, or even knowing the facts, amongst the children who visited his office. This inspired the creation of “This Is My City”, a puzzle created for the fourth generation following the Nakba, aiming to educate them on occupied territories, the cities' (such as Jaffa, Lydda, Jerusalem, and Acre) Palestinian names, and instill the Palestinian cause in the minds of the new generation.

The doctor shared that he felt a cognitive dominion amongst the new generation was absent and with an issue so fragile it was important that we found a way to keep the history alive and found a way to educate them. I figured through implementing an emotional dimension towards Palestine, another dimension of knowledge that deepens its belonging. It was through this thought process that they thought the puzzle would be the best fit to pass this knowledge down to the younger generation through a tool to physically put the cities together and visualize them, paired with a story to deepen the connection to the city.

According to Dr. Ahmed Kamal, the organizers choose Palestinian cities that witnessed massacres by the Zionist regime, such as Lod. Lod endured two massacres and was then turned into an open-air prison outline with barbed wires. Through sharing Palestinian stories, Palestinian are hopeful they will be able to reclaim their narrative and challenge the discourse that does not include their perspective.

According to the project organizer, Mahdi Al-Saafin, “This Is My City”  encompasses authentic stories from Palestine and believes the best way to deliver the message is through designing puzzles that stimulate the children's minds in an entertainment environment allowing them to acquire the history through physically putting the cities together and acquiring stories throughout the process. Each puzzle is paired with its own story.

But what makes this puzzle so special? Al-Saafin explains that while putting the puzzle together and reading their stories, you are able to challenge your current understanding of Palestinine city by city, learn important dates, the progression of the occupation and deepen your understanding while actively putting in the effort to assemble the artwork. These puzzles and short stories were written by a variety of creative writers in both English and Arabic with the final product being a mixture of artwork and literature accessible in both languages.

Jordanian artist, Juliet Awad, one of the most prominent supporters of the project told Arabi21 that initiatives like This Is My City are a national responsibility on those who are educated on the occupation and its history. She shares that initiatives such as these are essentiation to revive and pass down the stories of the older generation and equip the younger generation with the proper knowledge.

The star of the Palestinian Alientation series says that there is another level of depersonalization that the younger generation is subjected in regards tot he Palestinian cause. This is due to the decisions stemming from the Wadi Araba Agreement and the World Bank applying pressure to change academic curricula related to Palestine. 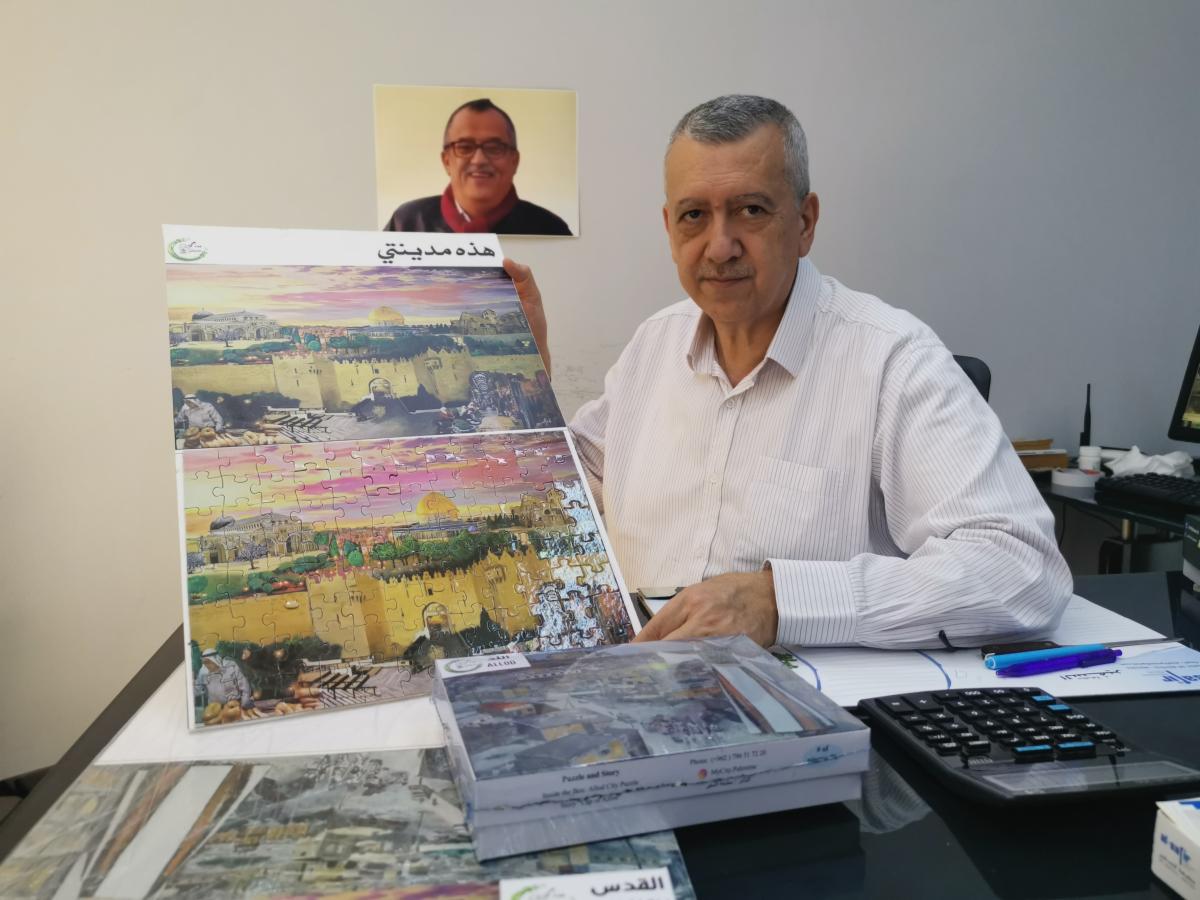 Learning Your Roots and Right to Return

Following the peace agreement between Israel and Jordan on October 25, 1994, Israel was persistent in removing the book “The Palestinian Cause” from the Jordanian cirricula. This was a book that was taught to middle school students covering histories of the 1970s until the modern day. In addition, there was a large attempt to delete poems and lessons that featured Palestinian activists and those resistent to the occupation in a heroic light. Most notably, the poems, “Palestine My Home” and “The Story of the Young Hero” as well as a lesson focused on a Jordanian pilot, Firas Al-Ajlouni, a martyr as a result of Israeli bombings in an airbase in Mafraq in 1967 were explicitly asked to be removed.

In 2016, the Anti-Normalization Committee reported that the Jordanian government made extensive amendments to the Jordanian curricula. Immediately after signing the Peace Treaty (Wadi Araba) nearly 200 amendments were made in relation to the lesson on the ongoing occupation in Palestine as well as lessons discussing the history of wars and relations between Israel and Jordan.

The owner of Al-Safir Press in Jordan, Khaled Hattar, volunteered to print the stories as a contribution to the project. He said he believes the project is an important part in raising awareness while simultaneously preserving the Jordanian and Palestinian identieies despite the ethnic cleansing taking place. He also shared that the project aimts to challenge stereotypes or false ideas that the children may have through cintructing puzzles, learning to identify landmarks of Palestinian cities, georgraphy, and history, especially since the box contains the most prominent landmarks in the city, along with a book that shares the history.

According to Hattar, he explains that through the puzzle they are trying to remove the feelings of terror that were instilled in Palestinians during the Nakba and onset of the occupation. At the start of the occupation, it was known that women were being raped and children were going to be killed, so as a result, a large sum of Palestinians flee at the start of the occupation. Through a light hearted puzzle depicting beautiful parts of Palestine, they hope this project will lighten the feelings when discussing the moments and importance of these cities.

He continues by sharing that the new generation is ignorant of much of Palestine’s history and the occupation. Academic curricula removed a lot it’s teaching ofnPalestinian history through the Peace Treaty, systematically working to make generations forget the Palestinian issue and ethnically cleanse the Palestinian identity. Many Palestinians fled to Jordan and received a Jordanian citizenship and have resided in Jordan for generations now. Hattar emphasizes that it is crucial to not forget that your orings reside in Palestine, although you may be considered Jordanian to combat the ethnic cleansing of the genoice and displacement of Palestinians. 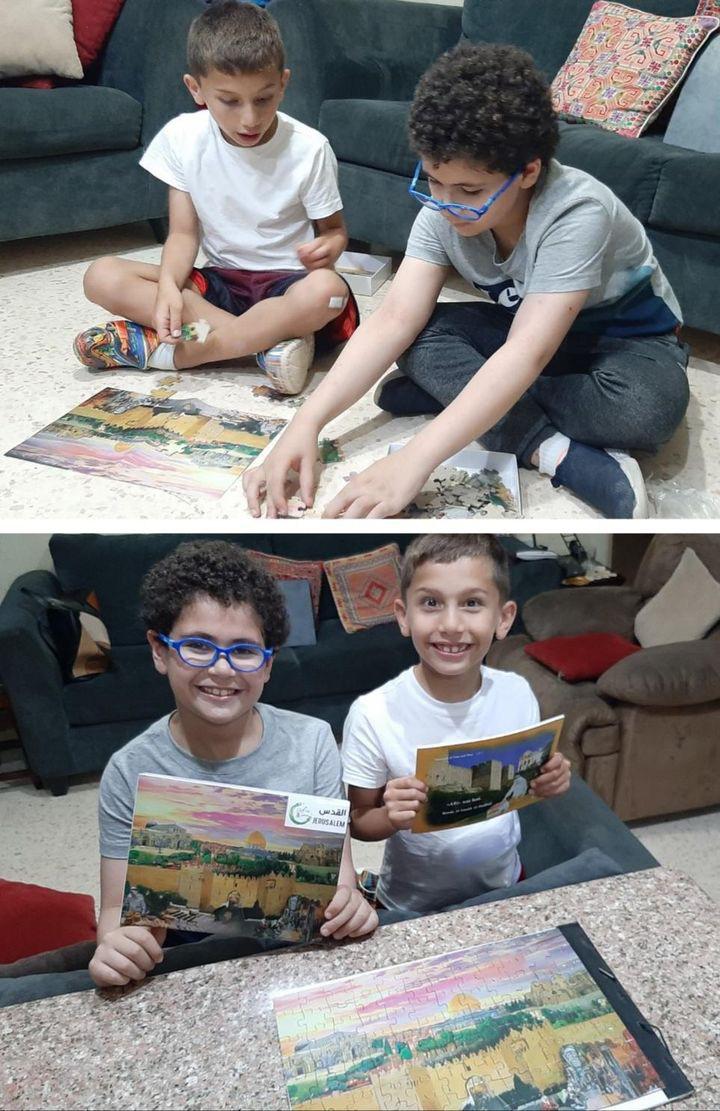 Hattar shares that he truly believes this project is an opportunity to retrieve the stories of a generation that was systematically forgotten by governments and the media, especially since this generation is ignorant on many aspects of the Nakba. He says a project like this can truly ignite a much larger effort for the Palestinian cause. Hattar shares, that in addition to what they have know, they intended to complete the remaining Palestinian cities as well as include the stories of Jordanian cities that were also a part of Palestine before the occupation.

Hattar stressed the fact this is a non-profit effort being sold at an accessible cost to get the project in the hands of children. The puzzle has been ecportated to Europe to reach Palestinian children living is diaspora to learn and connect with their roots and defend thei homeland. As of now, they have printed 2,500 copies.

Article 11 of the Wadi Arab Treaty stipulates mutual understanding of a good-neighborly relation. In addition, it addresses the need to “refrain from broadcasting hostile propaganda based on fanaticism and discriminiation, as well as both both parties being required to refrain from such references or expressions in all government publications.”

In order to help promote the project, “This Is My City” the project organizers held a concert for the first time for a Soul Band from Gaza City on June 5th, 2022 at the Royal Jordanian Culture Center in efforts to support the culture and art within Gaza. 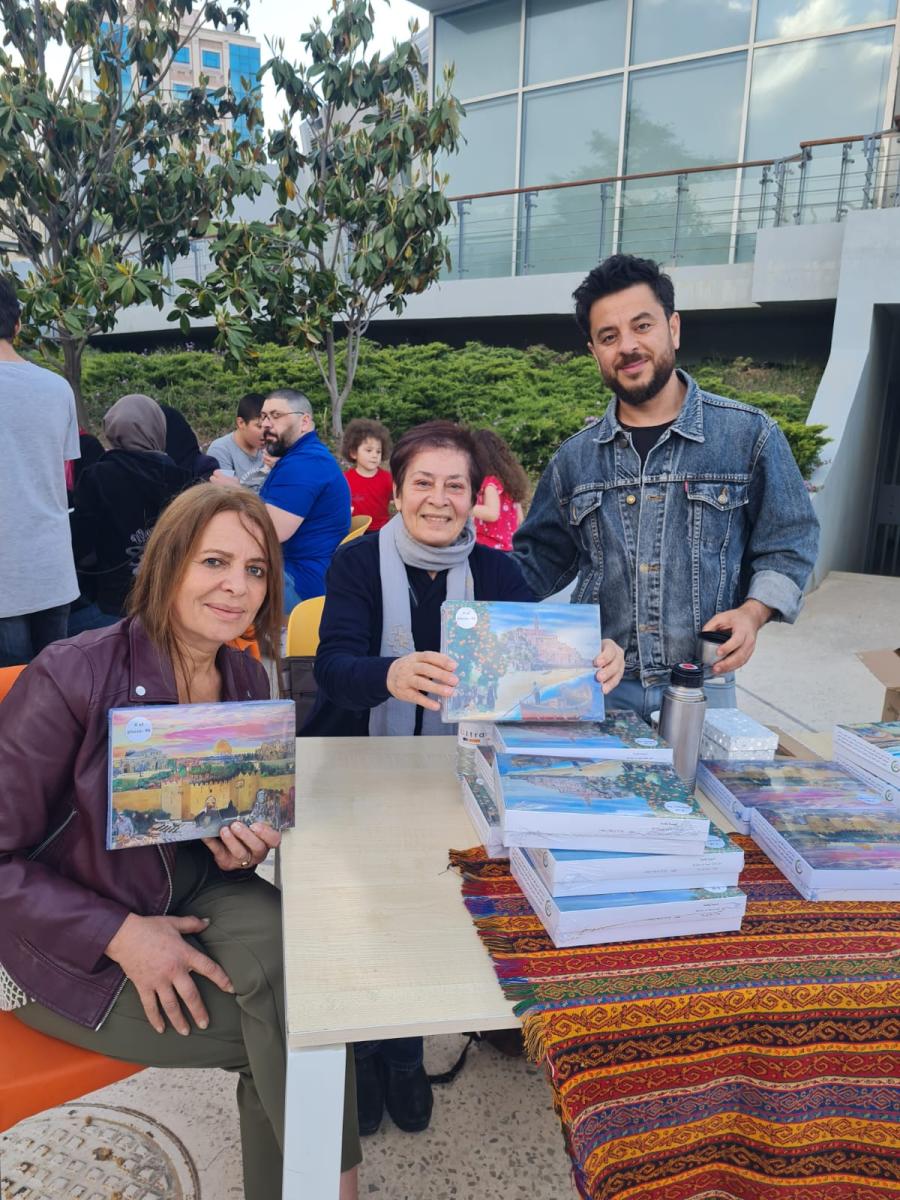