Jordan’s local elections were marred by a low turnout on Tuesday, as most Jordanians refrained from voting for representatives on local and governorate councils, a symptom of widespread disillusionment with the country’s political system.

The vote, which also includes representatives for the Amman city council, determines who controls local budgets, projects and infrastructure services.

Around 4.6 million Jordanians were eligible to vote, according to the country’s Independent Election Commission, but just 1.3 million went to local polling stations on Tuesday.

The overall turnout rate was 29.8 percent, the commission said, down two percent from the 2017 municipal elections, though the actual number of voters was at its highest ever.

Parliamentary politics are much criticised in the Hashemite kingdom. Elections produce weak parliaments and the prime minister is always handpicked by the king rather, than by MPs or the electorate. Just 37 percent of Jordanians have confidence in the current parliament, according to a recent study.

The king also recently increased his powers further with a series of constitutional reforms that caused street protests, which have become increasingly frequent in the kingdom as the malaise over unemployment, living costs and political disenfranchisement grows.

Jordanians speaking to Middle East Eye said they do not feel elections ever change their situation and that their financial woes were a more immediate concern.

Ammar Borini, a 23-year-old from Zarqa, did not vote in Tuesday’s elections or the previous ones.

“I have not participated in any elections. I see with my own eyes that nothing is changing on the ground,” he told MEE. “I didn’t see any change on the economic or political levels.”

The worst turn-out was in Jordan’s capital, Amman, where more than a third of Jordanians live. Just 14.75 percent of those eligible voted.

“I really have no idea why the turnout is low in Amman,” Tawfiq Krishan, the deputy prime minister and minister of local affairs, said in a press conference on Tuesday.

“The government suggested the private sector give their workers two hours off to vote in order to encourage a much larger turnout in the elections.”

But beyond the logistics of the day, Jordanians speaking to MEE suggested that people’s tribal ties influenced whether they voted or not, as many believe that tribal dealings determine the outcome of elections.

Local elections can cause intense competition between clans in the same municipality, as they determine which tribe controls an area. Often, the losers have been known to start riots.

There was violence in 10 municipalities when polling stations closed on Tuesday.

So while turnout was higher among Jordan’s tribal communities in places like Maan, Mafraq, Ajloun, and Jerash, it was lower where these groups are less prevalent. In big cities like Amman and Zarqa, there are more Jordanians of Palestinian origin.

Tribal competition and coalitions mean “Jordanians of Palestinian origin have historically not had a big effect when it comes to local elections,” Walid Hosni, a journalist specialising in parliamentary affairs, told MEE.

Residents of Jordan’s 13 Palestinian refugee camps are not allowed to vote in local council elections because refugee councils fall under the jurisdiction of the Department of Palestinian Affairs, Hosni said.

Jordanians without links to clans said they weren’t interested in voting.

“I don’t trust these nominees and I saw no one worthy to elect,” Eman Muhsein, a 20-year-old student from Amman told MEE. “No electoral programme was presented and I am only interested in voting for a person who has a genuine public interest, not a person whose only qualification is that he comes from a big tribe.”

A recent poll conducted by the non-profit Rased, which follows Jordan’s political and parliamentary trends, found that 71 percent of young people surveyed did not plan to vote.

An election without parties

Only 74 of the 4,646 candidates in Tuesday’s elections belonged to political parties, according to a Rased study.

This is partly because of tribal dominance, but the government has restricted party activities over the years, and citizens are fearful of belonging to - or voting for - certain groups.

The Jordanian government deployed 55,000 security personnel throughout the kingdom to oversee the voting process. But Amer Bani Amer, the director of Al Hayat Centre, an NGO that promotes civil society development, said in a press conference on Tuesday that the secrecy of the ballot was compromised in many voting booths.

He added that his organisation had found cases of identity theft and “clear signs of vote-buying in the capital Amman”.

Mohammad Rawashdeh, a spokesman for the Independent Election Commission, said that there were no registered cases affecting the electoral process. He admitted that some individual violations were recorded and dealt with but no major violations. 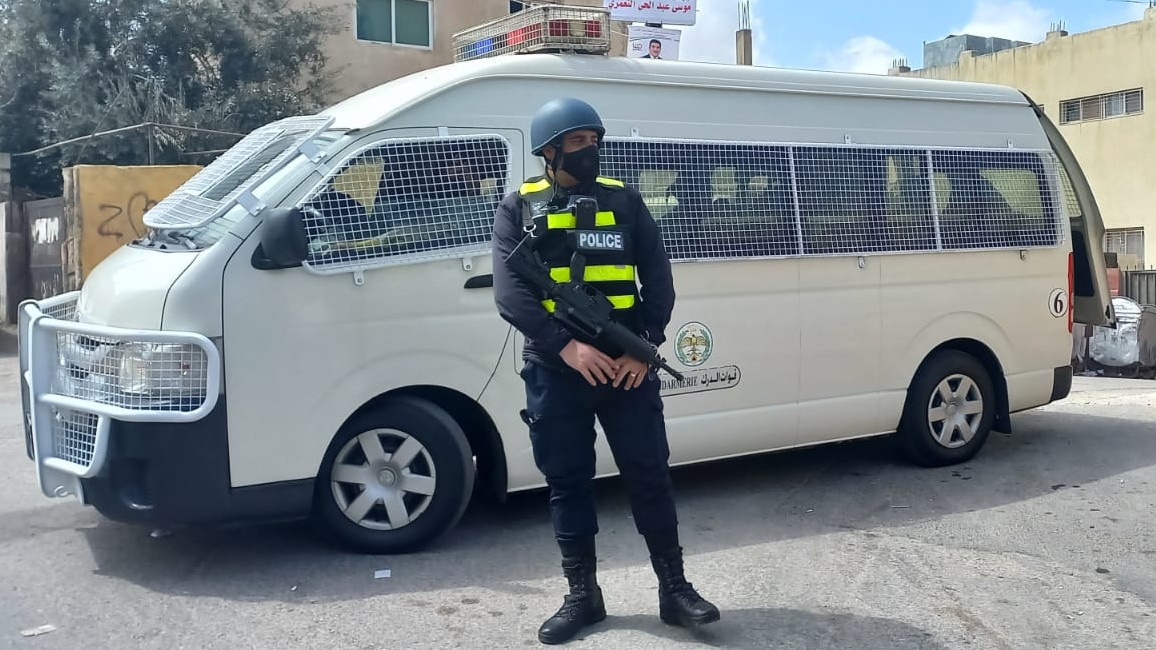 “Local tribes are the ones who decide who wins,” Ahmad Shunaq, general secretary of the centrist National Constitutional Party, none of whose candidates won seats, told MEE.

“The role of the municipality has become developmental and not merely service-related. They are now entrusted with seeking investment and therefore I would have loved to see quotas for political parties,” he added.

A new electoral law currently being discussed by the House of Representatives could give parties specific seats to compete for, as well as seats on local lists.

Absence of the Islamists

One of the parties not participating in the elections was the Islamic Action Front, the political wing of Jordan’s Muslim Brotherhood, which said the results were determined before voting had even begun

The group announced a boycott of the elections in January.

Thabet Asaaf, a spokesman for the Front, told MEE that they did so “because of the political environment in Jordan”, as they saw “pressure on some of the candidates to withdraw even before the polling started”.

Recent constitutional changes, he added, “have moved the country into an absolute monarchy”.

No organisation keeps reliable data on how much support there is for the Brotherhood in Jordan, but their candidates often get thousands of votes; even non-members vote for them for religious reasons.

But Hosni, the journalist, told MEE that he doubts their lack of participation “had any effect on the electorate”.

“The Islamists' power is in the big cities like Amman, Zarqa and Irbid,” he told MEE. “They have little influence in the other areas, which choose based on tribal considerations.”