Migrants must be given a voice

Held at the United Nations Headquarters in New York

There are more than one million foreign migrants in Jordan and even a much larger number of refugees both Palestinians since 1948 & 1967, Iraqi since the second gulf war and migrants from two dozen other countries. There are also more than half a million Jordanian migrant workers in Saudi Arabia and the rest of the Gulf.

Migrants in Jordan like most other countries have no voice. They have come as a matter of choice and since they can be deported at moments note, they try to stay quiet if at their own expense.

Media can provide a voice to migrants (whether in their own names or without identification) but mainstream media has no interest in migrants until and unless they cause a problem to locals and then they become the subject of hate speech specially on morning shows and on social media. This applies to both state run and owned media (which is the vast majority) or private. It is only in community media that migrants find some space to talk or to have their issues presented.

Like all our programs our media philosophy at Community Media Network is based on the concept that people are the best experts on their own lives. Women are experts on women’s issues, handicap individuals are experts on issues concerning the disabled, the same also applies to Egyptian laborers. We have been applying this concept in our taxi show run by a taxi driver and our disabled program run by a person with physical handicap. Anchor persons were trained and have become well known and widely followed.

In Jordan there are 750,000 registered and licensed migrant workers. But more than a quarter million are not. When the Covid-19 pandemic began, we have just begun running a radio program called Mahata Masr with seed funding from the German Henrich Boell Foundation.

Within weeks the program became our number one show surpassing our morning show, our drive home show as well as the taxi show and the disabled program. We later discovered why. Even though Egyptian migrant workers’ income is modest they all have smart phones and spend time on it including calling home. Egyptian migrant workers in Jordan belong to WhatsApp groups and once the program began, they began telling each other about it. But the program spiked when we discovered and talked to the labor ministry about hundreds of licensed workers who were on vacation when the borders closed and unlike Jordanians who were allowed to return home, there was no similar provision for Egyptian migrants. Our intervention produced a change in policy allowing those with properly issued work permits to return. Another problem we found out about was those who were ending their work and had compensation available to them. The social security department would only transfer them the money once they were back in Egypt. But many did not have the money to buy a ticket to go home. Our intervention produced a change, the social security advanced them the cost of an average ticket plus the equivalent of $150 pocket money to get home where they can get the rest of their compensation.

We have applied the same concept to help Jordanians who are migrant workers in the gulf many of whom do not know their rights or what to expect upon reaching Dubai or Doha for a job that they had secured. Tariq al matar (the road to the airport) presented by a Jordanian who recently returned after years as a migrant employee in the Emirates.

We also ran in partnership with the Solidarity Center a workers’ rights program that focused on freedom of association and void impact on workers’ rights. We paid special attention to domestic and agricultural workers.

The World Association of Christian Communications has also been a strong partner for issues of migrants and refugees in Jordan and the MENA region.

Media and especially community media can do a lot to help migrants. The key is to make sure that they get a sense of ownership because people are the best experts on their own lives. We would encourage member states to reduce financial and bureaucratic restrictions facing the establishment and the work of community media which is among the most feasible and effective outlets giving voice to and by migrants. 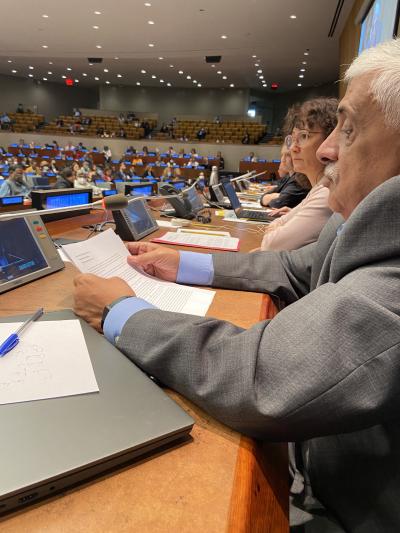 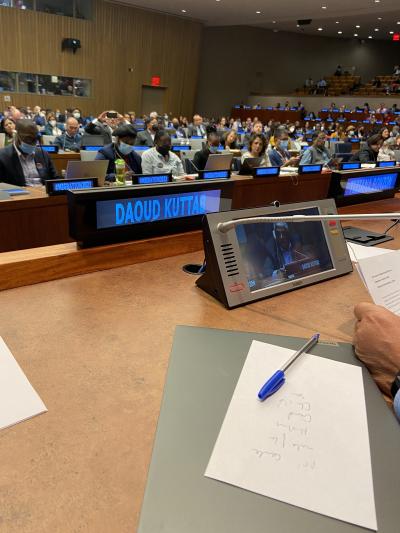 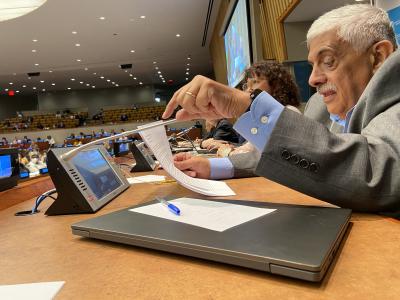 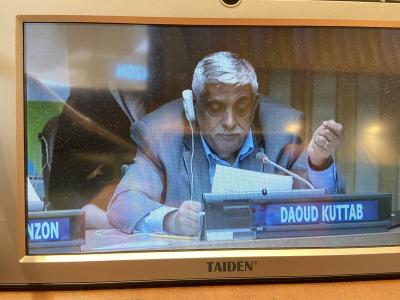