The Amman Cosmopolitan Club signed a twinning agreement with the Biddeford-Saco Rotary club in the American state of Maine Wednesday. The twinning agreement carried out virtually was attended by Don Pilon director of the American club and Ibrahim Kattan from the Amman club. r District 2452 Governor Shawkat Tadros also attended and gave a description of the wide-ranging variety of clubs in the region which includes many of the mashreq middle east countries. Also participating was the district 7780 Governor Peggy Belanger which covers the state of Maine in the US.

The stated aim of the twinning agreement is to “provide an opportunity of friendship between Rotarians and partners of each club and to carry out joint projects for humanitarian, health, hunger, and educational purposes to serve the community.”

Ibrahim Kattan said that he is optimistic about the new agreement because of what it will do to bring people together. “We are hoping to work together with our American partners to develop tourism projects especially in the Ajloun area and we hope that this will interest Americans and others to visit Jordan.”

During the virtual meeting Jordan’s Kattan was awarded the prestigious Paul Harris Fellowship which was virtually pinned by in appreciation of Kattan’s hard work in reaching the agreement between the two clubs and the two people. 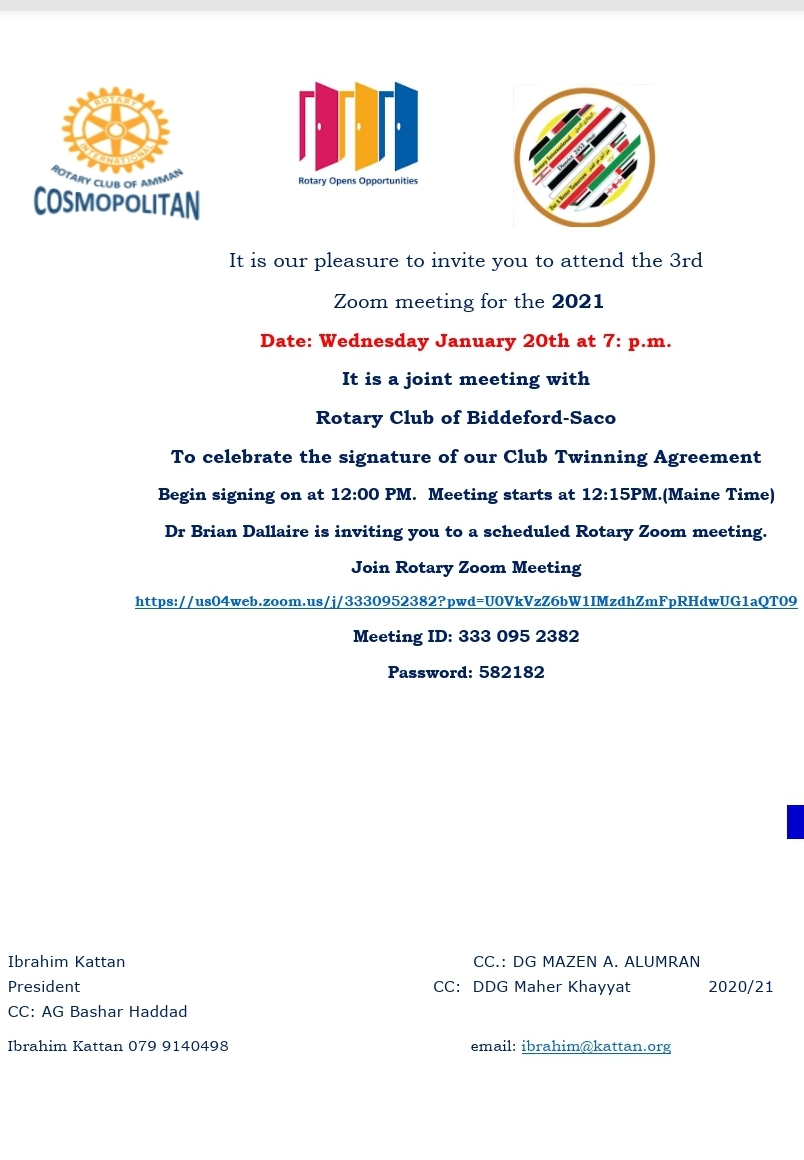