Over the past years Jordan has been facing many challenges including a substantial population increase that includes many refugees; lower rates of economic growth; rising public debt, unemployment and poverty; the COVID-19 pandemic; and challenging geopolitical regional events.  Expectedly social protection has moved into the centre of the policy agenda.   This Policy Brief discusses Jordan’s expanding needs for social protection as well as the need for structural reforms.

Overview of Social protection in Jordan

The formal Social Protection system in Jordan involves a multiplicity of national and international actors, covering a wide range of programs ranging from cash transfer schemes to subsidies, tax exemptions, social services, and employment and skills development. Among the most prominent national actors on social protection are: The National Aid Fund (NAF), which operates under the supervision of the Ministry of Social Development (MoSD), and is the main social assistance actor in Jordan; The Zakat Fund that operates under the Ministry of Awaqaf Islamic Affairs and Holy Places and represents another significant, albeit smaller, source of social assistance; and The Social Security Corporation (SSC) which is the national institution mandated to administer social insurance.

The Jordan National Social Protection Strategy 2019-2025 marked an important juncture in the future development of Jordan’s social protection, with an emphasis on improved targeting, strengthened institutional capacity, and enhanced coordination among the many actors involved. The strategy highlights the need for addressing the underlying structural necessities, including sustainable financing as well as enhanced efficiency and effectiveness to ultimately make impactful use of social protection spending. As such, the strategy provides an opportunity to begin addressing issues through a transformative lens.

The increasing need for Social Protection in Jordan

Both poverty and inequality are high

The stagnant per capita income in Jordan and its current level (JD 3,125 in 2021)[1] signal the need both for social protection and for addressing its underlying causes. The latest available results from the latest Household Expenditures and Income Survey  CITATION HEI17 \l 1033 (HEIS, 2016-2017) indicate that 15.7 percent of the population fall under the poverty line set at JD100/person/month. According to the said survey, another 16 percent of the population are vulnerable having incomes between JD101/person/month and JD130/person/month.   Moreover, inequality is high with the incomes in the top decile (10 percent) being nine times higher than those in the lowest decile and nearly four times higher than the median incomes.

Meanwhile, GDP per capita based on purchasing power has decreased more than ten percent in the last eight years. This is a result of low economic growth rates and population growth rates.

Though the poverty targeted cash assistance has increased marginally between 2012 and 2018, the share of the budget spending on social assistance has been reduced from 34 percent to 22 percent (GoJ 2019a).    Commodity subsidies (like those for bread and energy) have been reduced by JD 870 million between 2012 and 2018 that is equivalent to around 4 percent of GDP (IMF 2021).

The Government spending on public sector pensions is quite high. By 2021, pension payments matched that for the total wage bill for public sector employees (even excluding pensions for military and security personnel: IMF 2021). However, pensions account for a small part of the incomes of poor households as less than 5 percent of the total pension bill is paid to these households. Those in the top quintile (20 percent) absorb nearly half (48 percent) of the total pension bill.  This high and increasing pension spending is crowding out other forms of social protection spending thereby limiting the Government’s options.

The labour market continues to play a limited role

Gainful employment reduces the need for social protection.  However, the labour market plays a limited role.  First, only 34 percent of working age population are economically active. Second, unemployment has been increasing by 0.9 percent annually since 1992 reaching 19 percent before the pandemic and 24 percent since then. Moreover, the highest unemployment rates are found among households with lower incomes (HIES 2016/7).  Third, and related to the lack of decent working conditions and the fact that new jobs are in low value added sectors, as many as half of new jobs have been taken up by non-Jordanians during the 2010s. Fourth, wages are low in Jordan even when compared to productivity (World Bank, 2019), a rather expected outcome as production is dominated by family-owned micro- and small- enterprises.  Fifth, informality has historically been high with little tendency to change over time (that is before the influx of Syrian refugees after 2011 and the more recent pandemic). A recent estimate brings the share of informality to 46 percent (Sobh 2019).  Informality reduces tax revenues and ability to fund social protection (and other social services).  In fact, today only 53 percent of the total labour force are active contributors to social security (World Bank 2020).

At just 14 percent, women in Jordan have one of the lowest female labour force participation rates in the world and high rates of gender segregation in employment.  This has implications not only for economic growth but also for social protection.  The gender gap in labour force participation results in a loss that has been estimated at 21 percent of GDP (equivalent to $8 billion) based on 2014 figures (Tzannatos 2016).

There are also distributional implications affecting social protection.  Richer households (top decile) have on average four members for whom 2.8 (70 percent) are of working age.  The corresponding figures for the poorest households are 7.8 member of whom only 3.9 (50 percent) are of working age (HIES, 2016/17).  Unsurprisingly, women’s employment rates are higher and unemployment is lowest among higher income households.  As poorer households rely almost exclusively on income from work, the limited employment opportunities for women increase the need for social protection, limit the potential of contributory social insurance, and add to women’s economic vulnerability at the individual level.

There are ongoing concerted efforts at the strategic, institutional and programme levels that are all in the right direction. The National Strategy for Social Protection (2019- 20223) is a reflection of the overall national vision. However, for the envisaged policy agenda to be transformative and equitable, the structural issues highlighted above would need to be addressed.

The development model a country adopts and the resulting outcomes of the labour market are critical for social protection. If those who want to work can find work at decent wages and unemployment is low, then households will have much of the needed income security and will be better prepared to weather the effect of risks. In parallel the need for publicly funded (non-contributory) social protection will be reduced as workers will be in a better position to pay their social insurance contributions and will be less dependent on tax-financed social protection benefits.  Furthermore, the Government will be able to raise more tax revenues to support public social services. Creating more decent jobs requires a comprehensive set of policies starting with a reduction in the role of Government as an employer and an improvement in the working conditions (especially wages) in the private sector.  This would require revitalizing the private sector that has been and is still characterized by low productivity and informality.

Irrespective of causes for low rates of labour force participation and those responsible for the high unemployment rates, the limited role women play in the economy has implications for social protection and, as mentioned earlier, GDP growth.  Again, the role of the private sector cannot be overrated.  As long as women remain outside the economic sphere, the more they will remain vulnerable and the heavier the social protection burden on the Government will be.  Lack of effective and affordable transportation has repeatedly been identified as a key constraint in addition to low wages that do not provide incentives for women to join the labour market in the absence of child care.  The agenda for increasing women’s economic participation is clear and relates to better public services (such as transport and child care), decent work opportunities, gender equality and harassment at work.

Strengthening the role of social protection in reducing inequality

High levels of income and wealth inequality can have detrimental impacts on society in general as well as on economic growth. Social protection has proven to be an effective measure for tackling disparities in income and unequal access to quality health care and education as well as empowering vulnerable populations. By reducing inequalities, social protection promotes sustainable development: It supports inclusive growth and facilitates social integration.  Therefore there is a need to improve the quality of and access to public services (primarily health, education and transport) which would reduce the dependency on poverty alleviation programmes. In fact social protection is integrally about investments in human capital such as on health and education.   Such an integrated approach will mark a departure from past approaches whereby social protection has often focused reducing poverty in the short-run.  A longer-term perspective is required that would link social protection with the broader national economic and social development objectives and policies in order not to leave anyone behind.

Improving sustainability by focusing on the economic and fiscal situation

Strengthening and expanding social protection in Jordan would need more funds to be allocated to it.  This is difficult given the elevated levels of public debt and the relatively small tax base - at least in the short run.  However, it has been repeatedly noted that the distribution of social protection spending is not pro-poor with pensions consisting the bulk of it and being unsustainable given their high replacement ratio (pensions to contributions) and early retirement opportunities.  Successful rebalancing public social spending by switching toward areas that have high social returns can bypass the pressures arising from the high deficits and debt.

Jordan has an established and long history of producing visions, strategies, plans, policies and programmes. Each one of them and all taken together can be used in a coherent way to define a transformative way forward making the total greater than the sum of the parts. Similarly, a lesson from the past that should be avoided is that visionary aspirations have at times been hampered by slow or intermittent implementation. In several occasions implementation has been reactive, was not followed till the end, lacked rigorous monitoring, and the results of evaluations, if carried out, were not fully utilized in follow up efforts.  Nevertheless, the Jordan National Strategy for Social Protection provides a promising basis for moving forward and can be regularly updated as the situation changes and be developed further so that it becomes the springboard for transformative reforms. Two prerequisites for this are, first, an effective implementation modality with the necessary political will and technical capacity; and, second, an evidence-based analysis to be used as the basis for establishing a Social Protection Floor. Both can benefit from international support and lessons from the international experience. 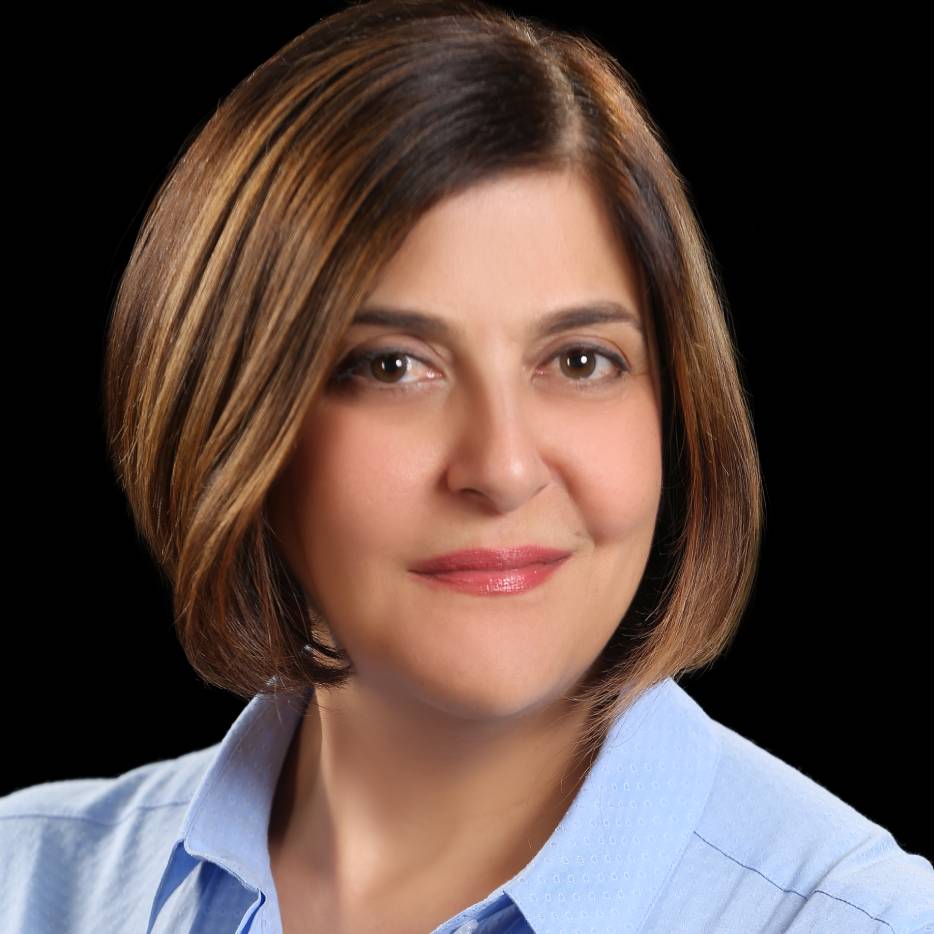 Dr. Mary Kawar/ is the former Jordanian Minister for Planning and International Cooperation

Sobh, Bashar (2019). State of the Informal Sector in Jordan: Opportunities for Integration. USAID and Al-Quds Center for Political Studies     https://pdf.usaid.gov/pdf_docs/PA00W963.pdf